DTh, Former Director of the Office on Inter-religious Relations and Dialogue, Co-chair of the DPAC Council

Hans Ucko was after theological studies in Lund, Sweden ordained in the Church of Sweden and early assigned to various aspects of interreligious dialogue. He holds a DTh. from The Senate of Serampore College in India, comparing contextual Asian theological use of the concepts “people” and “peoplehood” in the Old Testament and their equivalent use in the Jewish tradition. 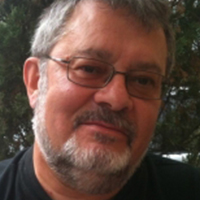 He is the former Program Executive of the Office on Interreligious Relations and Dialogue of the World Council of Churches, Geneva. From 1989-2008 he developed bilateral and multilateral interreligious dialogues and contributed to various studies on the theological assessment of Christian involvement in interreligious dialogue. He is the former President of Religions for Peace Europe and was for several years on the Board of Trustees, Hartford Seminary. He is the co-chair of the World Day of Prayer and Action for Children, an initiative of Arigatou International, Tokyo.

He has been awarded the Maja Koene Peace Award for the Promotion of Inter-religious Harmony, Madurai, India.

Publications include “Common Roots, New Horizons”, “The People and the People of God, Minjung and Dalit Theology in Interaction with Jewish-Christian Dialogue” and “Changing the Present, Dreaming the Future – A Critical Moment in Interreligious Dialogue”.