Violence against Children in Latin America and the Caribbean 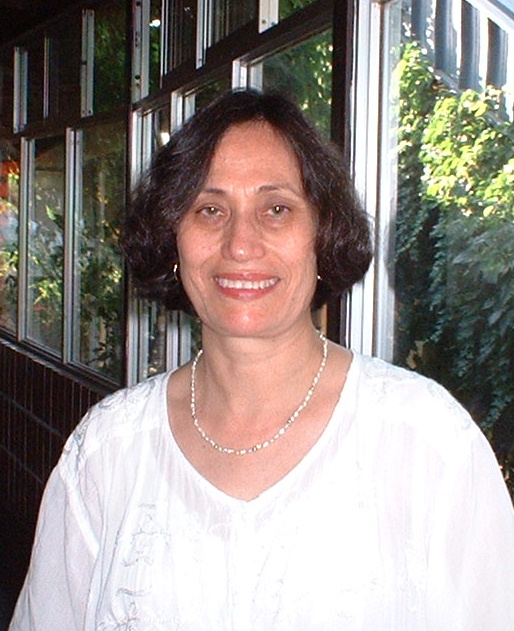 Mrs. Mercedes Román, is the former GNRC Coordinator for Latin America and the Caribbean and is currently Ethics Education Advisor for the region.

The term “violence against children” refers to very diverse situations. The report of the United Nation’s General Secretary (2006), takes the definition from the Convention on the Rights of the Child, article 19: “… all forms of physical or mental violence, injury or abuse, neglect or negligent treatment, maltreatment or exploitation, including sexual abuse”, synthesized by David G. Gil as: “situations that prevent the fulfilment of their innate human potential” (Violence Against Children, Journal of Marriage and Family, Vol. 33, No. 44) The classification made by the Report on Violence from the World Health Organization, WHO (2003) on types of violence –self-inflicted, interpersonal and collective- helps to understand what we are talking about when we refer to violence against children in Latin America and the Caribbean (LAC).

Violence in general as the denial of a peaceful environment, varies from nation to nation and from region to region. The 2014 Global Peace Index that combines 22 categories or situations of violence, all of them affecting children directly or indirectly, indicates that South America rates slightly above the world average, while Central America and the Caribbean, slightly below.

The sub-regional particularities in LAC are important. For instance, the countries in Central America with the highest indexes of violence are Guatemala, El Salvador, Honduras and Mexico. In the Caribbean, the highest rates go to Jamaica, Dominican Republic and Trinidad and Tobago. In these two regions, violence is heavily influenced by drug-trafficking and gangs. In South America, Colombia and Venezuela rank among the most violent.  In Colombia, violence is influenced by the armed conflict, which is intertwined with the issue of refugees and internally displaced people. Though we lack specialized rates about “violence against children”, it can be inferred that it is in these countries where a higher percentage of children have their “innate human potential” most compromised.

From the direct dialogue about violence with children and youth, it is possible to highlight the following situations: Domestic violence is very common and it is found at all social levels; it has a special emotional impact on the psyche of children, and it is exacerbated by a chain of frustrations deriving from economic hardships. It hurts more and deeper to feel abused or mistreated by a parent or by adults, from whom children expect protection. Abuse from the father or step-father against the mother is strongly highlighted by children. Domestic violence is related mainly to cultural patterns related to the use of power, control and discipline.

When talking about domestic violence, children and young people refer naturally to violence in schools and in the communities as well.  Similarly, when they talk about violence in schools, the discussion easily moves into domestic violence and in the community.  Everything is interlinked from their perspective. The boy who is abused in the family tends to be the most aggressive child in school, the one that cannot focus, the school dropout; he is most likely to become “a street child”, the one who is most likely to be recruited by gangs, and whose chances of ending up in a detention facility are higher. In the same way, the girls and young women from poor backgrounds who have been victims of sexual abuse, have the highest profile to become single and premature mothers, “girls from the street”, and to find in prostitution a strategy to survive.

Stories from young people organized in gangs take us to the drama of dysfunctional families. Most of them are children of immigrant parents, in an abrupt transition from the country to the city; sons of parents that emigrated looking for work, leaving them abandoned or semi-abandoned; children who escaped abuse and domestic violence. Once in a gang, they emphasize that this is “their family”, that in there they found a sense of belonging, discipline, goals in life, satisfaction of their needs, a sense of power, and an answer to a society that denied them the most basic in a world of abundance and waste, a world they know through the media and the sumptuous offer of goods.

From the testimonies of children involved in gangs, we know that not all of them have been affected by violence in the home. Their involvement with violence started with their gradual drug addiction. The wide offer of drugs, and peer pressure and influence, are significant elements in drug initiation. The phenomenon of youth gangs is no longer urban; it has spread through rural areas.  It is now known that children are being used as hitmen, paid by adults to kill, as a drug-trafficking strategy to outsmart the law. The States’ reaction to modify the laws by decreasing the age of criminal responsibility brings new victimization against children.

The involvement of children and youth in traffic and drug consumption, highly influences the violence statistics in the region, especially in Central America. Its complexity exceeds by far all existing responses. The economy in the region is highly energized by drug production, trafficking and narco-dollar money laundry. Children and youth, micro-traffickers, powerful cartels, as well as macro-economies and State policies, all have vested interests in drug businesses.

The problem of violence against and between children is vast, profound and complex. On one side we have a socio-economic structure that does not respond to the common good; and on the other hand, a culture where power is abused and where conflicts are resolved with violence. Responding to the problem requires a holistic understanding, and yet organizations working on children’s rights and wellbeing can only respond to fractions of the problem.

When working in prevention, it s important to consider that countries with the highest levels of violence witness collective violence, which in the end can only be resolved with public policies. Without ignoring the role of society regarding collective violence, one must take into account the limitations that a macro and complex phenomenon like this places on NGOs, particularly if their resources are limited.

The implementation of ethics education to build a culture of peace, is certainly an assertive work on inter-personal violence, that promotes a social movement that spreads an ethical vision on the relations with the “other” and with the community, building citizenship, and promoting intervention strategies as early as possible with boys, girls and young people.

Ethics Education programs must take into account the significant role of the family, and within it, the renovation of an intergenerational dialogue, which is almost inexistent in contemporary societies. Ethics education programs must be implemented in collaboration with other initiatives, especially in impoverished communities, so they may create opportunities for children and youth to live a life of dignity.