Violence Against Children Addressed in Addis Ababa by African Leaders,

Over 400 participants from national, regional and international organizations and 22 children from six African countries gathered in Addis Ababa, Ethiopia, 11 – 12 May 2006 to discuss how violence has affected children, particularly the girl child, and seek ways in which the violence could be ended.

A lot more has to be done if the children in Africa were ever going to live without fear of being violated. This was a grim reminder echoed at a two-day conference in Addis Ababa, where over 400 participants and 22 children converged to deliberate the scourge that has today left millions of children, particularly girls, in extremely difficult situations. 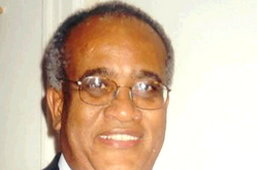 Speaking during the opening and closing of the conference, the African Union (AU) Special Peace Chief Mediator for Darfur, Dr. Salim Ahmed Salim lamented that the lack of implementation of the Treaties, Conventions and Agreements by relevant authorities, including Governments and International Organisations are partly to blame. Dr. Salim who is also the Chairman of the International Board of Trustees of the African Child Policy Forum asked the Governments and participants to redouble their efforts and implement even ‘five per cent of the Agreements and Conventions’ which he said would bring tremendous changes in the lives of the children.

In his official opening speech which he delivered at the conference, the President of the Federal Democratic Republic of Ethiopia H.E. Girma Giorgis recalled that children were a special gift, ‘the flowers of today and the fruits of tomorrow’, that we had no option but to nurture, protect and see them grow into adulthood without being violated in any way. Former President of H.E. Joaquim Chissano, and current chairperson of the Africa Forum for Former African Heads of State encouraged the leaders to take pro-active action to end violence against children. 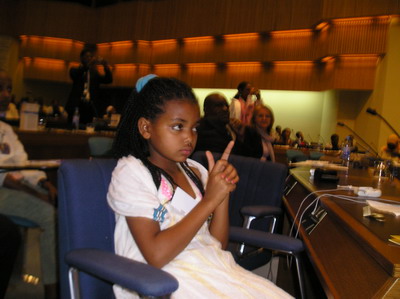 The conference took place at a time when violence against children seems to be on the increase according to available statistics presented at the conference. Participants expressed concern that the dire situation the children were in today was partly caused by the fact that children’s rights enshrined in several International Conventions and Agreements were not adequately integrated into domestic laws, policies and practices. This, the conference noted, led to a situation in which no meaningful impact on daily lives of the African children was felt.

In a declaration adopted by the conference participants at the end of the meeting, all African governments and other stakeholders were asked to take immediate steps to end all forms of violence against children. The stakeholders which the conference pointed out to include the African Union, the Inter-Parliamentary Union, United Nations Agencies, African Governments, Civil Society Organizations, Faiths Based Organizations, Families, Children, Parents and Custodians, were told of the fundamental human rights of children that continue to be neglected.

The participants also declared that necessary measures for the effective prohibition of all forms of violence against children, including the development and implementation of comprehensive National Plans of Action to protect children, which is supported with adequate human and financial resources by 2010, be put in place. This, the conference urged should immediately consider and address conditions that constitute grave violation of the rights and fundamental freedoms of girls including rape, defilement and other forms of sexual violence in the home, in schools, in places of care, in communities and other settings. 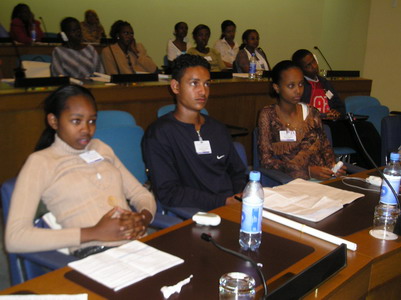 Gender inequality which leads to violence against girls, discrimination, and the disproportionate spread of HIV/AIDS among girls and young women, harmful traditional and cultural practices including but not limited to female genital mutilation/cutting and honour crimes, trafficking, abduction and commercial sexual exploitation including prostitution and pornography must be addressed in the National Plans of Action to be put in place.

Present during the conference also were Ms. Amaya Gillespie, the Director, United Nations Secretary General’s Study on Violence Against Children, Mr. Per Engebak, Director, UNICEF East and Southern Africa , Prof. Paulo Segio Pinheiro, UN Secretary-General’s Independent Expert on Violence Against Children and many organizations including the International Committee of the Red Cross (ICRC), Plan International, Save the Children, the African Union, United Nations and others. Dr. Mustafa Ali represented the Arigatou Foundation and the GNRC. A Pan-African Movement for Children was formed at the end of the conference during an all African Civil Society Organizations meeting. 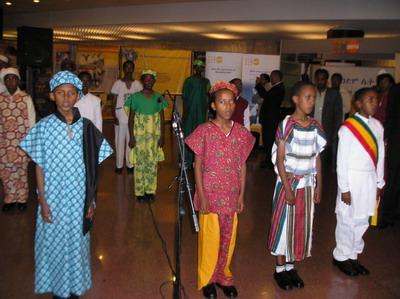