Values in the Community – An Indigenous Perspective 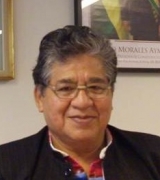 Bolivia is going through an important process of decolonization and construction of the country, a new political scenario that has generated a set of changes and transformations with the participation of indigenous peoples, peasants and society in general. This process is the outcome of the New Constitution enforced in 2010 that led to a new model of State and society that overcomes the old monocultural State, which used to promote a single language, a single official religion and an exclusive State structure of large majorities in multicultural societies.

The new Plurinational State of Bolivia that is being built has as its basic structure indigenous peoples and peasants, intercultural communities and afro-bolivians, in which the “sum-Qamaña “ (aymara), “Sumaq Kawsay” (quechua), “Ñandereko” (guarani), “Ishi” (Visury ) or the “living well” for all Bolivians is assumed as a culture of life.

The Plurinational State of Bolivia is multilingual (36 languages), multi-ethnic and pluricultural.  Facing the world eco-systemic crisis the knowledge of our ancestors constitutes important alternatives to restore and strengthen harmony between men, women and the nature, as well as the exercise of human rights. To achieve this change it is necessary the dialogue between knowledge.

It is stated that in the Plurinational State of Bolivia children and youth will be equipped with a new way of thinking trough education, which will become the main axis for change for the new Bolivian society, reflecting new aims and achieving a balanced and harmonious coexistence with nature to serve life by developing the following skills: Atiy-power, munay – want, yachay-know and ruway – do. The new State will be sustained with values of peaceful coexistence and the sum Qamaña.

Life affirming, against any absolute order or dominant power structure “living well” or “Sum Qamaña” becomes a criterion for discernment of the Andean people and the “living well” becomes a horizon in these times of change (Victor Hugo Colque). On the other hand “Sum Qamaña” is a challenge to invent a common language, along with the common actions that allow understanding and motivating a dialogue with those who have different visions (Alison Spedding Pallet).

“Suma Qamana” is synonym of “happiness”. When an Andean person searches to “live well” it means to live in harmony with all surroundings: the nature, he or she wants to live with animals, the mountains, the earth, the water, with the people, with gods, for that person is holiness as long as everybody “live well”. This concept is opposite to western concept of development.

For the Western urban person, living well is closely related to the concept of “development”. Happiness translates to material well-being and accumulation of material goods or riches as a home, car or luxury items, and happiness means progress.

In the Andes it is vice versa, is not linear, is not in time, is not succeeding, but is circular and it seems like a path towards the encounter with one’s self, it is the deep wards, it is not outward, to find oneself. We would then say that living well for Western translates into a rise for the Andean, in a descent towards the encounter with one’s self.

The indigenous communities of Bolivia seek to live well and to achieve that goal they search the communal energy that comes as an engine for the construction of “living well”. That energy makes it possible to return to the path of complementarily, return to the path of balance or harmony between human beings and nature.

Josef Estermann mentions that good life – and not so good life as some – translate it because it’s a verb, an action, rather than a state, also exists in Western society. He mentioned the slogan of LG “Life is good”, highlighting the major differences existing between both ideas: from the Western point of view modern, “good life” means the individual consumption, material well-being, within the neo-liberal globalization. In the Andean context, it is a “good life” based on conviviality, sharing, relationality of everything that comprises life, in other words of a holistic approach to life.

Mario Torrez puts emphasis on the need to study the concept from linguistics, examining the concept from nearby terms: červenočelá (live), kamana (create with boundary), qaama, qamasa (power, strength). SUM QAMAÑA would mean in this context: live and exist, work and rest.

Saul Mamani mentions that in some communities there are still practices of the QAMAÑA sum, even if people don’t express it explicitly. For Mamani is the daily practice of the good life within the family and the community.

Martha Gonzales, “living well” is identified with Mother Earth “pachamama”. Pachamama, provides the crops, without her the earth does not produce good fruit and even the same producers may not sell their harvest and thus there will be no food to eat.

Today you can see three possibilities for the destination of sum Qamaña, as an attempt to terminate, the second in a version of integral development and the third in a true exercise of cultural revolution.