Towards a World of Peace: The Promise of Early Childhood Development 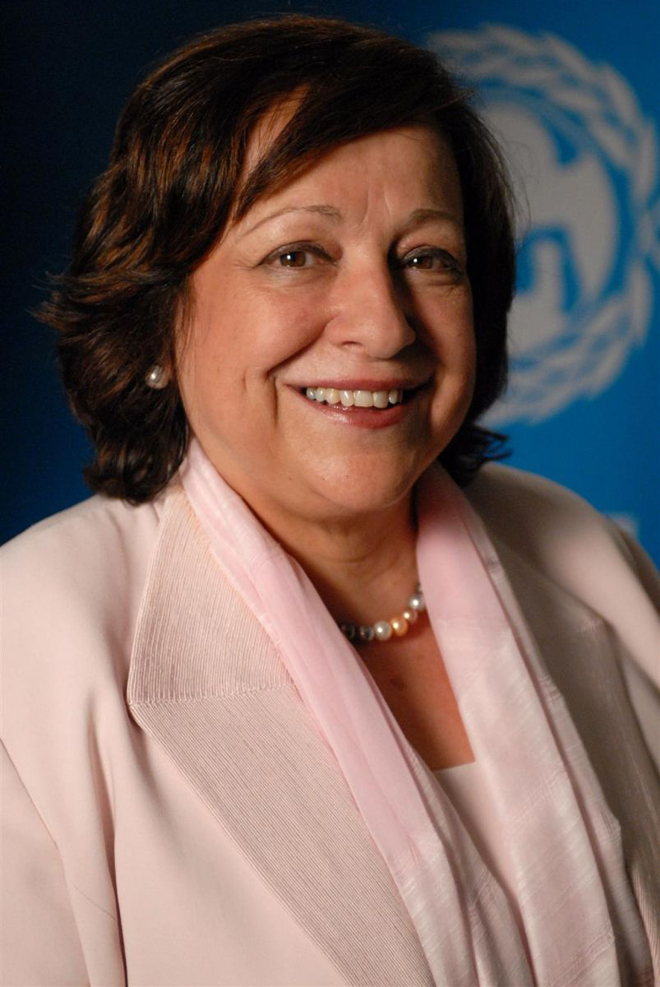 According to the series on ‘Advancing Early Childhood Development: From Science to Scale,’ that was recently published in The Lancet (2017), the world’s oldest and best known medical journal, we know that unfortunately, an estimated 250 million children under five years of age in low and middle income countries and emerging economies will face inequalities and fail to reach their full development potential. This is because they grow up with a broad range of risk factors that include poverty, poor health, abuse, neglect, and exploitation, as well as inadequate care and learning opportunities.(1)

This is compounded by the situation of displacement, war, and conflict and extreme violence to which families and parents are exposed. As revealed by a new report by Save the Children, more children than ever before, at least 357 million children globally, are now living in areas affected by high intensity conflict where they could be vulnerable to the United Nations Six Grave Violations: killing and maiming, recruitment and use of children, sexual violence, abduction, attacks on schools and hospitals, and denial of humanitarian assistance. (2)

More than that, according to a UNICEF publication in 2016, ‘Uprooted: the growing crisis for refugee and migrant children,’ 50 million children have migrated across borders or have been forcibly displaced, and 28 million have been uprooted by horrific violence. (3)

Yes, it is the story of lost childhood, but what is more alarming and should concern us all is the lasting negative impact of deprivation and violence (physical and structural) on young children, and their detrimental effect on children’s development. Exposure to violence at an early age is causally related to a broad range of negative outcomes across the life span, including major emotional and behavioural problems, and sadly can be self-perpetuating. (4)

Advances in developmental neuroscience are causing a revolutionary shift in the way we think about child development, as we learn about the impact of both positive and negative experiences and the interplay of experiences and genetics on the developing brain. This new knowledge holds significant implications for the future of millions of children living in fragile contexts worldwide, as well as on our thinking about creating a culture of peace and sustaining peace in the world. The good news is that the emerging science heralds a new era with windows of opportunities to contribute to sustainable peace through investment in the positive development of young children. (5),(6)

In these critical times, unfortunately, there is insufficient investment in the early years of life as a path to peace at home, in the community, and in society and as a path to social transformation and violence prevention.

To raise the voices of families and parents as agents for peace, the Early Childhood Peace Consortium (ECPC) was formed and launched at UNICEF in September 2013. It brought together many partners from multiple sectors including government officials, UN agencies, the social and mass media, as well as academia and practitioners. Its vision is to create an inclusive movement for peace, social justice, and prevention of violence through using early childhood development strategies that enable the World Community to advance peace, security and sustainable development.

Notably, in the last three years we have gained opportunities to make this transformative shift and elevate Early Childhood Development and the role of parents in building peace on the global peace agenda. In 2015, the international community witnessed the triumph of the adoption of 2030Agenda for Sustainable Development;(7) the New York Declaration for Refugees and Migrants;(8) and the Sustaining Peace Resolutions.(9)The adoption of the transformative development agenda was a particular historic moment for children, particularly the younger children, and their parents, as for the first time in history Early Childhood Development is included in the development agenda and is recognized as essential for not just human development but also sustainable development.

Also, in the New York Declaration for Refugees and Migrants that was adopted on the 19th of September 2016, Member States have agreed “to support Early Childhood Development for refugee children.” However, the real breakthrough came with the adoption of the Resolutions 2282 “On Sustaining Peace,” which emphasize the importance of a comprehensive approach to sustaining peace, particularly through the prevention of conflict and addressing its root causes, as well as reaffirming the important role of women, youth, families and communities in preventing conflict and in building and sustaining peace.

In this new era for peace that promotes the participation of all members of society in peacebuilding efforts, it has become clear and essential to shape innovative and transformative approaches that engage families/parents and children in the service of peace.

We have the science, the knowledge, the technology, and experience to build a world of peace. What we need is an unfailing vision, an unwavering commitment at all levels of society, including from religious communities, as well as a strong partnership for and with families/parents and their children to change the tide of violence.

Dr. Salah served as a Member of the United Nations High-Level Independent Panel on Peace Operations, and as the Deputy Special Representative of the Secretary-General, U.N. Mission in the Central African Republic and Chad. In addition, Dr. Salah has had a distinguished career with UNICEF.

She contributed to the Security Council (SC) Resolution 1612 on child rights violations and the SC Resolution 1325 on Women, Peace, and Security. Dr. Salah has received many awards of distinction from several non-governmental organizations and U.N. Member States, including the French Legion of Honor.

In 2015, Dr. Salah was elected to Chair the Early Childhood Peace Consortium.