The Learning to Live Together Manual is Now Available in Swahili 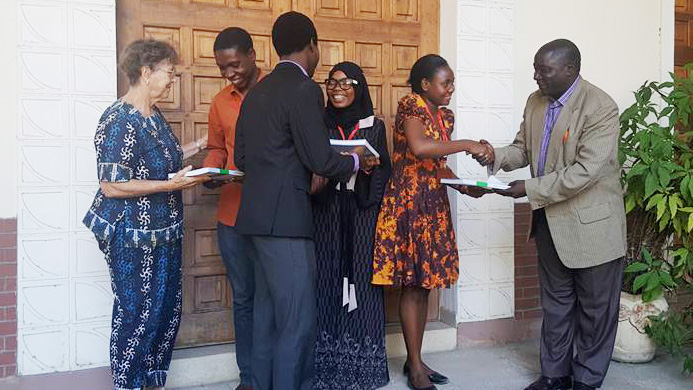 In June 2016, Arigatou International Geneva, in collaboration with the Global Network of Religions for Children (GNRC) Tanzania, launched the ‘Kujifunza Kuishi Pamoja’ – the Swahili language version of the Learning to Live Together (LTLT) manual. This new release aims to support the dissemination of the LTLT programme, reaching new communities in their own language and spreading quality ethics education among children, youth, families, schools and communities throughout the Eastern African region.

Swahili is one of the most widely spoken languages in Africa. It serves as a national language for Tanzania, Kenya and Uganda, and it is broadly used in Zanzibar, Mozambique, Malawi, Rwanda, Burundi, Somalia, the Comoro Islands and the Democratic Republic of the Congo. It has more than 11 million native speakers and about 120 million secondary speakers.

The manual can be seen and downloaded HERE.

“Of course, we are pleased to have this book in Kiswahili, as it will serve as a guide for our children and young people to learn how to coexist, especially at a time when our country continues to witness erosion of peace and harmony.”