The Dawning of an Interreligious Community of Practice in Dominican Republic 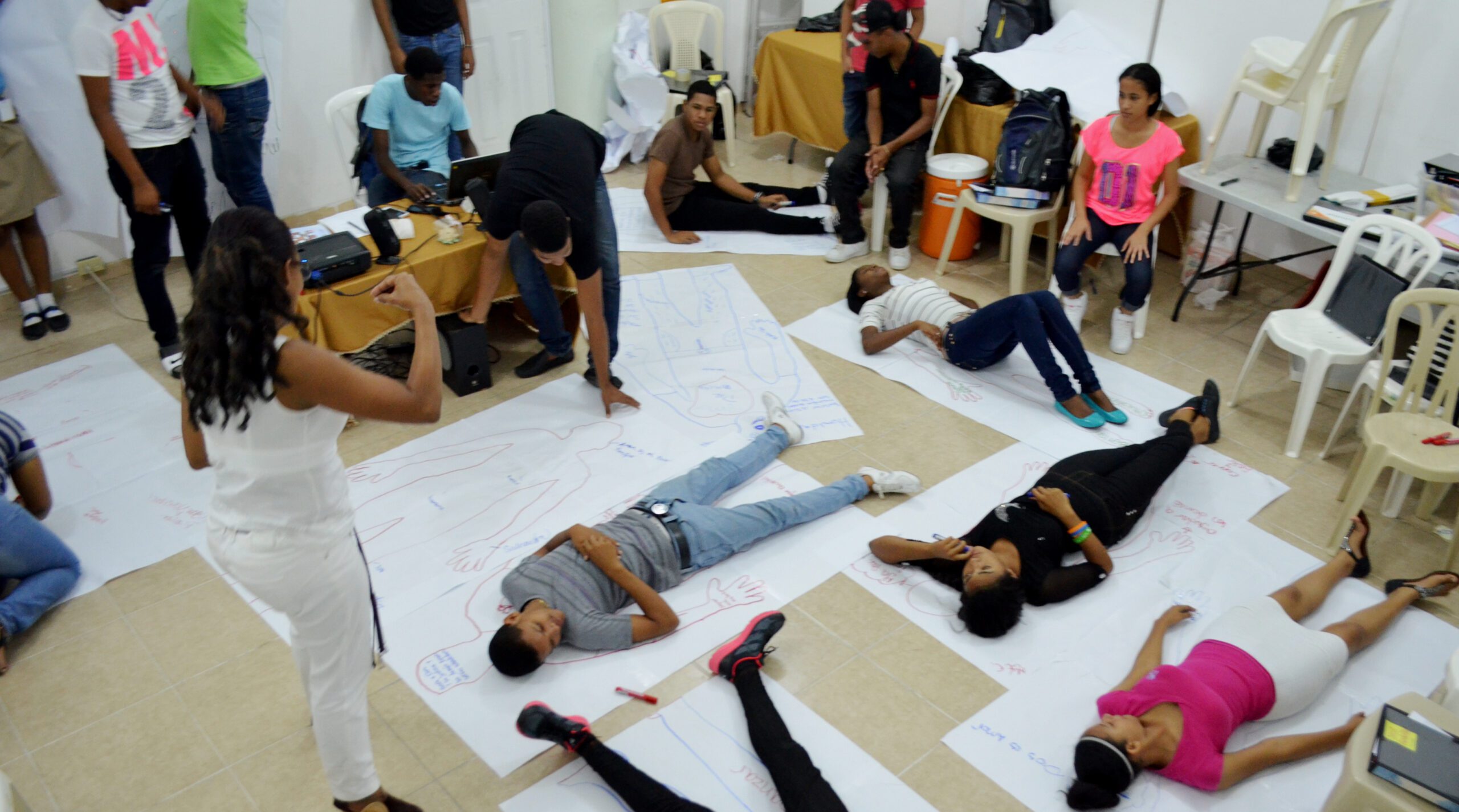 An Ethics Education Community of Practice (CoP) took off in Dominican Republic bringing together facilitators from five different locations and with very diverse religious backgrounds. In their first meeting, the participants shared their experiences on the implementation of the Learning to Live Together (LTLT) Programme and joined their knowledge and new learnings to plan for the upcoming sessions.

These organizations got engaged with the LTLT back in June 2015, when 30 educators from 15 different faith based organizations participated in a Basic Training Workshop in Santo Domingo. During the past few months, the systematic implementation of the LTLT Programme in these five locations has reached more than 110 children between the ages of 13 and 17.

The first meeting of the Community of Practice, which took place on 19 January 2016 in Santo Domingo, allowed facilitators to strengthen their relationship and collaboration, deepen their knowledge on the key concepts and methodologies of the Programme, and share about their achievements, challenges and learnings implementing the manual.

Some of the main challenges faced by children in the regions where the Programme is being implemented are the extreme levels of poverty, child sexual exploitation in touristic areas, fragmentation of the family and teenage pregnancy. According to the 2013 Demographic and Health Survey, 20% of the teenage girls in the country were or had been pregnant at the time of the consultation. As stated by Carmen Julia Gómez, Monitoring and Evaluation coordinator and currently in charge of the follow-up of the implementation of the LTLT in Dominican Republic, the best way to achieve real change in the life of children is by educating in values and promoting a change of heart.

Religious discrimination is also a major issue. Living in an island country were more than 80% of the population is Christian leaves small room for religious diversity. There is a general lack of knowledge about other religions and beliefs which leads to misconceptions and rejection. Nevertheless, facilitators could find no evidence of religious prejudices amongst children.

On the other hand, they witnessed a notorious prevalence of social and ethnic discrimination, especially towards children with darker features as this is an indicator of Haitian origin. The historical uneasy-relations between Dominican Republic and Haiti have created a violent atmosphere that has gradually permeated to all layers of society. While sharing the same island, Haitians and Dominicans have different linguistic, socioeconomic and cultural traditions. Both Haitians and Dominicans have been cultivating injuries over several generations, leading to mutual mistrust and animosity which shows in the behavior of children participating in the programs. However, facilitators perceived that the workshops have contributed to create awareness amongst children about socioeconomic differences within their communities.

A successful practice carried out by facilitators from the Red de Educación Ética y Ciudadanía (Ethics Education and Citizenship Network) was to engage the parents in the process. Before starting the implementation, parents attended a meeting where they were introduced to the program. As the implementation took off, they could notice a change of behavior in their children. They were reported to be more responsible, receptive and focused.

The long term objective shared by the members of the CoP is to take the LTLT Programme to as many places as possible, in order to create a real impact in every community.

We thank all the facilitators implementing the Programme in the field for their contagious enthusiasm; the leaders of each implementing organization for their institutional support, and Carmen Julia Gómez for her unwavering commitment.

“Seeing, living and confirming the facilitator’s enthusiasm and commitment in Dominican Republic, builds my faith in humanity. The love with which they carry out the workshops is a manifestation of the love of God. I am deeply honored to accompany you. My soul overflows with joy and gratitude!”