Reflections on the panel on “Education to prevent xenophobia, Islamophobia, in South Africa” 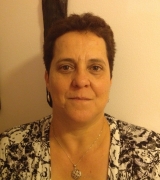 My trip to Cape Town was an eye opening experience on many fronts. I gained new knowledge on the political atmosphere and transformation in South Africa, it’s socio economic conditions, the education system and interfaith initiatives. The trip was enriching and energizing to someone like me who has roots in the Middle East and has a great amount of despair about what is going on there. The occupation of Palestine, and the wars in Syria, and Yemen are cases in point. I travelled to Cape Town to attend a meeting of the Interfaith Council on Ethics for Children Council a project of Arigatou International. The highlight of my trip was when our host, Dr. Imam Rashied Omar organized a panel presentation and roundtable discussion with educators, and teachers who work in areas of interfaith and intercultural education as part of the Council meeting.

We gathered in the meeting room of the Protea Hotel in the Cape Town Waterfront. Our venue, used to be a prison and we made aware of it by the small windows in the building. Educators from various faiths and worldviews came together to discuss the various attempts to combat xenophobia, Islamophobia, and stereotypes. It was also an opportunity to learn about the successes and challenges educators face in nurturing and schooling the new generation of South Africans.

I was very excited to hear about major initiatives to transform South African schools after the end of the apartheid era. I was, however, surprised to hear familiar stories as teachers shared issues and challenges that they faced in public and private schools. It felt as if I was hearing teachers from other places and contexts such as in Palestine, Iraq, United, States, Jordan and many other places where teachers have similar interests and struggles. As I listened to teachers and educators one after the other, I was not looking for commonalities and sameness but it quickly became clear to me after the third speaker that there were many shared struggles across the globe. The questions raised were similar in Cape Town: How can we teach the new generation of kids who seem to have no cause but their gadgets and no purpose beyond themselves to care for?

In fact, one of the panelists who was an administrator as well as a Sunday school teacher at a local mosque articulated the issue when she said: “I don’t know how to teach this generation. In my generation we had a purpose and we all fought to achieve it regardless of our faith and path in life. Today, children don’t even know about major milestones that we achieved to end the apartheid regime”. She continued: “It is not their problem though but ours. We are not able to meet their needs because we don’t talk to them and hear them”. This sentiment was echoed by others. One high school teacher said: “I usually spend the first thirty minutes of my time with students by telling them that I talk and they listen. Now you are making me think that I should be listening to them. I have to go back and do more of that but how do I do it. I feel that we need training on diversity and non- academic topics”.

Listening to the voices of children including their thoughts, needs, and interests seem to be the meeting place for many children across the globe. Our children face new challenges and problems and the older generation needs to have a listening ear to hear them. They are inheriting new conflicts on resources, new religious and nationalist wars, and a polluted earth. Today’s children are aware of these issues and will need our guidance to help them come up with solutions.

The way this is done in South Africa, as the representative from the Education department described, is by offering a “life orientation period” in schools. This is the time when issues of diversity, communication, faith, and religions are discussed and taught. The idea is great but teachers in our meeting seemed skeptical about their abilities to address these topics in their classrooms. They know that it is important to do so but they need to be able to reflect on their own values and beliefs to free themselves to hear students’ own values and beliefs. More training was the appeal that teachers made at the end of the meeting. These along with the discovery of the importance of being close to children were the main discoveries of this enriching discussion among educators in Cape Town, South Africa.