Putting Theory into Practice: First Outcomes After the Second International Train the Trainers

After participating in the Second International Train the Trainers in April 2017, the 27 new official trainers have been putting into practice all their learnings and moving ahead across a wide range of areas, designing new programs for facilitators, crafting projects to foster peacebuilding, interfaith collaboration, and children and youth participation, as well as working for the prevention of violence against children.

The multiplying effect that has been taking place since their training has reached many countries in different ways. Their actions range from creating a Diploma Course in El Salvador to leading the translation of the Learning to Live Together (LTLT) manual in Bahasa.

In Bhutan, for instance, Ms. Namgay Wangmo led fruitful conversations with the Bhutan National Commission for UNESCO to develop a Facilitator Training Workshop on the Learning to Live Together Programme. The workshop, which was organized by the Pakshikha Central School of Bhutan with the technical support of Arigatou International Geneva, was carried out in Thimphu from 26 to 30 October 2017. Ms. Wangmo not only took the lead in carrying out the workshop, together with Ms. Tshering Lham, LTLT Facilitator but created as well a Community of Practice to further support the participants during the upcoming implementations. 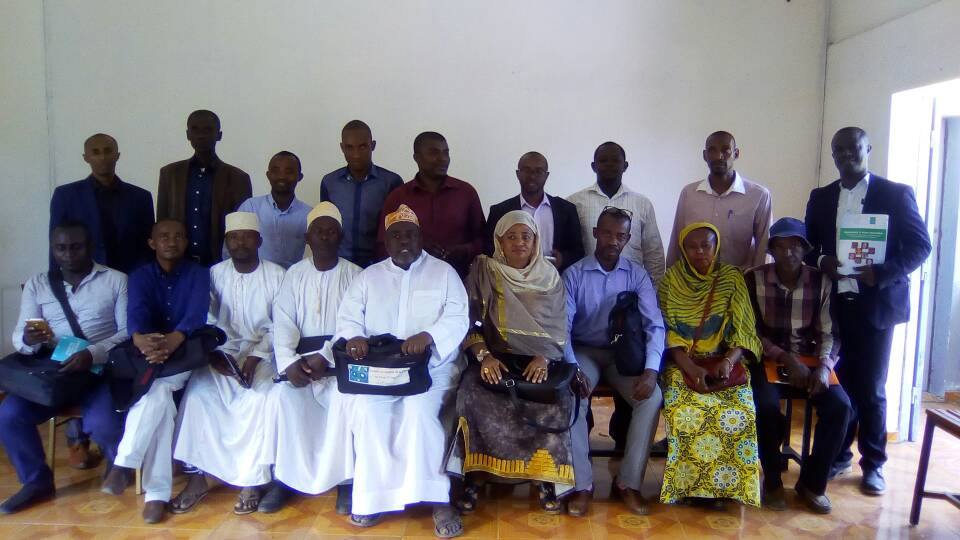 Meanwhile, Ms. Lejla Hasandedic together with Mr. Suchith Abeyewickreme had the chance to introduce Ethics Education for Children and the Learning to Live Together Programme to more than 140 people in Sarajevo, Bosnia and Herzegovina for the United Religions Initiative’s (URI) Global Council and Regional Meetings. URI is a global grassroots interfaith network that cultivates peace and justice by engaging people to bridge religious and cultural differences and work together for the good of their communities and the world. Both meetings took place in September 2017, bringing together people from 40 different nationalities, to promote enduring, daily interfaith cooperation, to end religiously motivated violence, and to create cultures of peace, justice, and healing.

Ms. Hasandedic and Mr. Abeyewickreme also carried out two workshops for people working with youth and children, who were interested in learning more about the Programme, receiving excellent feedback from the participants. A formal collaboration between URI and Arigatou International Geneva is now being forged aiming to foster learning to live together for the promotion of peace, as well as to organize Facilitator Training Workshops for URI groups.

Meaningful initiatives where raised as well in Africa. After carrying out a sensitization for 18 general secretaries of several towns in Ngazidja Island, Akim Said M’changama, LTLT trainer working for Conseil De La Paix – Cap met with officials from the Ministry of Education of Comoros to introduce the Learning to Live Together Programme and study ways to mainstream the programme in the local educational system. Authorities are currently reviewing the manual and discussing the possibilities to adapt it to the Comorian context.

In Tanzania, the Global Network of Religions for Children (GNRC) group, in collaboration with Arigatou International Geneva organized a Facilitators Training Workshop for 30 teachers who are matrons and patrons of Peace Clubs of Tanzania. The workshop will follow 6 months of learning activities that aimed to foster child-led actions for ending violence against children. The teachers engaged in the internalization of key concepts such as child rights, human dignity, ethics, spirituality and transformative pedagogical approaches. The group will continue to learn and share with each other by coming together periodically as a community of practice. 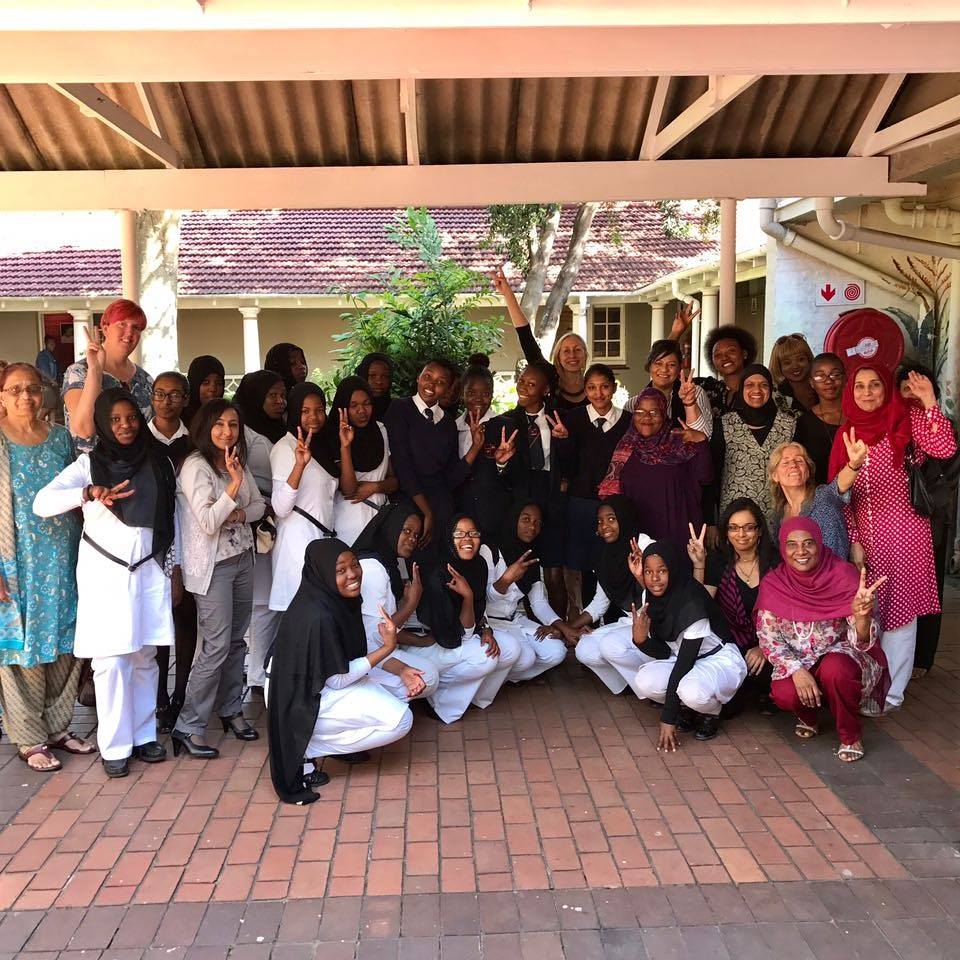 Mrs. Anne Waichinga, Mrs. Mary Kangethe and Mr. Charles Mwaniki, all official trainers of the LTLT, led a Teacher Training on Peace Education using the Learning to Live Together approach and methodologies in Baringo County, Kenya. The workshop, coordinated by World Vision Kenya and the UNESCO National Commission for Kenya, reached teachers form 30 different schools, and it is framed in a project to provide psychosocial support to displaced people, as well as to build the capacities of community leaders, education officials, county government officials, religious leaders and teachers on the importance of intercultural dialogue, peaceful co-existence and conflict resolution.  Collaboration with World Vision Kenya, the National Commission of UNESCO and the Ministry of Education will take place in 2018 to further develop the work fostering learning to live together in Baringo County.

Many more actions have been taken by the newly accredited trainers to advance ethics education for children. Two trainers joined the Arigatou International Geneva team to train teachers from six African countries on peacebuilding in a program developed by the UNESCO International Institute for Capacity Building in Africa; a meeting with religious representatives in Uganda was also organized to explore the implementation of Learning to Live Together; a program for youth was organized in Durban, South Africa; introductory meetings have been organized by the International Young Catholic Students, and further discussions for training of teachers were organized with the Center for Educational Research and Development in Lebanon; others have also organized programs for schools in Colombia, and accredited workshops for teachers in Romania.

As for Arigatou International Geneva, it is strongly committed to further support the initiatives carried out by the new trainers, as well as their lifelong learning. As part of the technical support provided to the newly formed community of practice of trainers, the Geneva office organized a series of webinars for them to share experiences and acquire additional knowledge. The first webinar took place in June as the first follow up of the Train the Trainers workshop. The objective was to create an opportunity for them to share what they have been doing or planning and learn from one of the trainers from the first cohort, Mrs. Laura Molnar, on her experience organizing sustainable and accredited training workshops on the LTLT in formal education.

Two more webinars took place in September and October on “Partnership Engagement and Resource Mobilization” led by Mrs. Eleonora Mura, LTLT Trainer and Program Officer on Partnership Engagement and Resource Mobilization at Arigatou International Geneva. The goal of these virtual seminars was to empower and build the capacity of the community of trainers in these fields with the objective of mobilizing resources together and joining forces to participate in calls for grants, proposals, and awards.

Arigatou International Geneva is proud to see the multiplying effect that followed the Train the Trainers, and the impression ethics education is making in many countries. We look forward to hearing more of these motivating stories, remaining constantly attentive and willing to provide technical support to the relevant projects and actions being raised by this new group of LTLT trainers.