Is freedom of expression without limits and is the charge of blasphemy universally applicable? 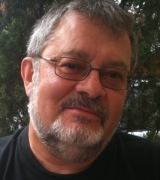 The terrorist attacks in Copenhagen and Paris are on my mind. I could mention many other places, where people have been killed but I want to focus on Copenhagen and Paris and not only because it is close to home for me. No, these killings are mentioned and discussed in the context of freedom of expression and whether there is such a thing as blasphemy. Is freedom of expression without limits and is the charge of blasphemy universally applicable?

Recently a Swedish artist said that freedom of expression gives him the right to blaspheme. He may say anything he wants about Jesus or Mohammed or Buddha. I would say to him: “If blaspheming helps you in any way, I neither can nor want to prevent you. I don’t think Buddha, Jesus or Mohammed needs my protection. They wouldn’t be the ones Christians and Buddhists and Muslims revere and honour, if they needed my protection. I may think you are somewhat childish in your longing to blaspheme but that is neither here nor there”.

What bothers me is when responsibility is severed from our right to make use of the freedom of expression. The fact that we can say what we want does not mean we should say everything we want. We try to teach our children to consider other people’s feelings.

We want our children to be kind to each other. Is there an age, when this ceases to be valid? At what age is bullying and harassment once again allowed?

Muslim communities in Europe are more often than not a consequence of colonisation, poverty, wars and conflict in the Middle East, Africa and Asia. Muslims are as a minority with few exceptions rather recent inhabitants of almost every European country. There is an increasing expression of intolerance and suspicion towards Muslims and Islamic culture. Muslims are discriminated in the labour market and do not benefit from the education system in a number of European countries. Such marginalisation contributes to a sense of victimhood. Someone who does not feel safe and secure becomes easily a victim and stays an underdog. Faith, tradition, and culture offer support to cope with the challenges of feeling and being left behind. When this last recourse of hope is being caricatured, it feels like an additional nail in the coffin of not being welcome, of being excluded.