GNRC Africa conducted an animation training workshop for children, teachers and educators to enhance their knowledge of using child-friendly media to promote ethics education and build peace. The training of trainers was carried out from 1stto 5thJuly 2007, inZanzibaron the occasion of the Zanzibar International Film Festival (ZIFF). 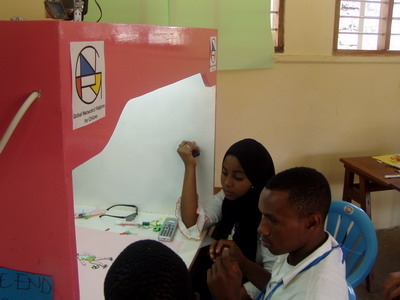 Renowned animator trainer from Sweden Erling Ericsson facilitated the workshop in which eleven participants from , Unguja and attended.

The participants, some of whom are implementing the ‘Young Peace Ambassadors’ project, were drawn from the regions in which Education for Peace Programme is being implemented.

On the first day, the trainees were taught how to create and work with a story board. On the second day, the peace builders were trained on how to tell stories with words and pictures, and how to animate these with movement and sound. 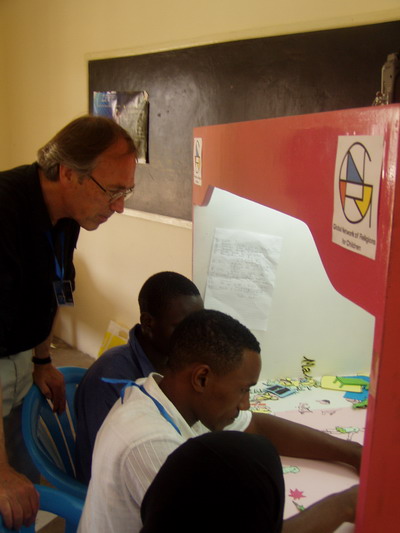 During the third day, the trainees learned about animating cut-outs by moving them in the animation box, and recording frame-by-frame.

The trainees then learnt about how to add sound to the film. Concrete plans for the future, and how to sustain the training were discussed after the workshop.

The Interfaith Council on Ethics Education for Children has made it a priority to enter a dialogue with representatives of the media to discuss how to put an end to programs and films for children which are filled with violence and inappropriate pictures for the young audiences.

GNRC Africa, on its part realized the irrelevance of such programs and encouraged and equipped young people to locally produce films and animation programs. The training proved that easily and inexpensively produced programs to meet local demands are within reach with the technology used.

It is hoped that four schools in the Islands of Zanzibar and mainland will be equipped with the tools and sets to produce animation programs by September 2007. 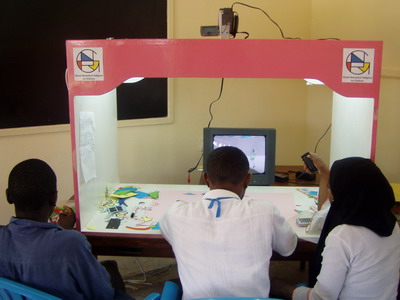