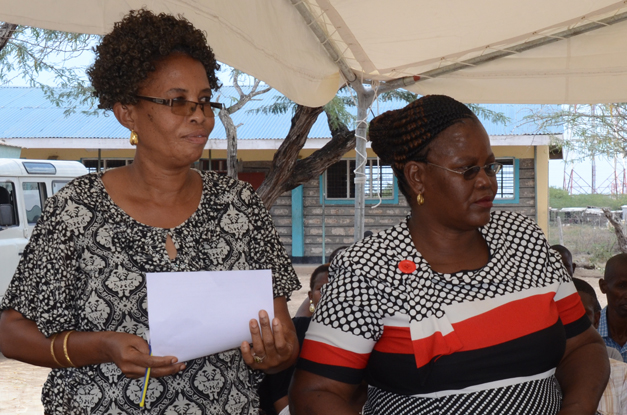 On 21 September 2015, more than 200 children and teachers from 13 schools in Tana Delta Sub County, who have been part of the Learning to Live Together (LTLT) pilot program, came together to share their experiences and learning on the occasion of the International Day of Peace.

They were joined by representatives of the County Government, educational officers from the Tana River County, local community leaders and other organizations like the Garsen YWCA, Life Skills Promoters and GOAL Kenya. There were also representatives from each of the partners of the LTLT pilot program: the Ministry of Education, Science and Technology of Kenya (MoEST), the UNESCO Regional Office for Eastern Africa and Arigatou International.

The event was a culmination of the first phase of the program conducted over a one year period. During that time, students were engaged in monthly lessons using the Learning to Live Together framework and approach and encouraged to initiate child-led projects addressing local issues regarding some of the topics learned throughout the program.

During the event, children led a peace procession through the town of Garsen, with songs and messages for peace and calling an end to tribalism, religious discriminations, corruption and other important issues.

Children from all the schools had the opportunity to showcase their messages through various performances. Children from Semikaro Primary School used the diagram of a web to represent and explain the common humanity and interconnectedness of the different ethnic groups in Kenya. They also presented a human figure with pins in its heart; visitors were asked to remove the pins and to acknowledge the holes left behind. A child then explained the idea of reconciliation and how, although it is difficult, it is something worth working for.

They also had the opportunity to share about the projects they were involved in. Lazima Primary School shared about their project ‘Out Bullies Out’ (OBO) addressing the main forms of bullying within the school. Kilengwani Primary shared about ‘Mapatano’, a project that aims to encourage different ethnic groups whose children had left the school during tribal conflicts to re-enroll them.

A presentation that got high praise from the audience was made by the children from Garsen Primary School. They role played an interfaith dialogue revealing the importance of respect and understanding between people of different faiths. Meanwhile the children from Imani Primary school performed a song calling for an end to divisiveness and violence based on tribalism and religion.

In the next part of the event the District Education Officer for Tana Delta Sub County, Mr. Munguti, welcomed all stakeholders to the celebration and highlighted the significance of the event. Mr. Charles Mwaniki, Peace Education Coordinator, spoke on behalf of the MoEST highlighting the various components of the program that were carried out over a period of one year leading up to this celebration. He also emphasized how the program contributes to the national educational policies and priorities. 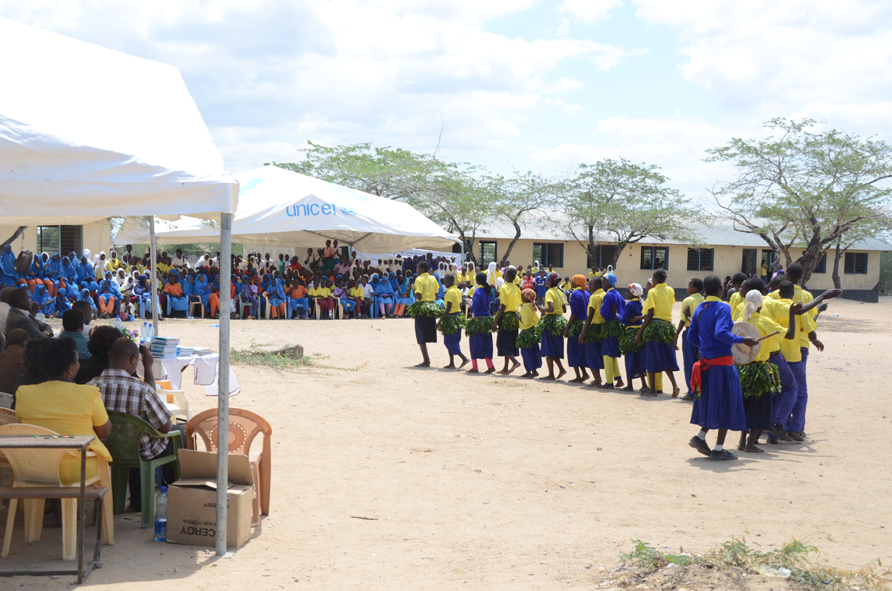 Speaking on behalf of UNESCO, Ms. Saba Bokhara, Education Programme Specialist, stressed the importance of ethics education and its significance in the local context. Mr. Suchith Abeyewickreme, Ethics Education Coordinator from Arigatou International Geneva, highlighted the importance of empowering children, helping them to think critically and transcend divisiveness in society.

The chief guest of the event, representing the Principal Secretary of the Ministry of Education, Science and Technology, was Mr. Mbugua, Assistant Director at the Directorate of Secondary Education. Mr. Mbugua expressed the need and importance of educational programs like Learning to Live Together in communities affected by conflict, as a way to build bridges of trust between people of different tribes and religions.

Ms. Mary Kangethe, Assistant Director of Education of the MoEST, recognized the efforts of each of the teachers who were trained under the program. Each of them was awarded with a certificate recognizing their contributions.  At the end of the celebration Mr. Julius Waweru, District Quality Standards Officer of Tana Delta, MoEST, offered his heartfelt thanks and brought the event to an end.

The Learning to Live Together Programme which has been driven through a strong partnership between the MoEST, the UNESCO Regional Office for Eastern Africa and Arigatou International Geneva relates directly to this year’s theme for the International Day of Peace – “Partnerships for Peace: Dignity for All.”