A roundtable discussion on Nurturing Values and Spirituality in Early Childhood for the Prevention of Violence took place on 2 May 2019, bringing together more than 70 child protection practitioners, faith leaders and experts on early childhood in Beirut, Lebanon.

The panelists engaged in meaningful and contextual reflections on the nature and causes of violence in the country against children between the ages of zero and eight. The roundtable highlighted the need to reform child protection laws in Lebanon, as well as to modify those that are contrary to the rights of the child, for example, regarding identity and birth registration. 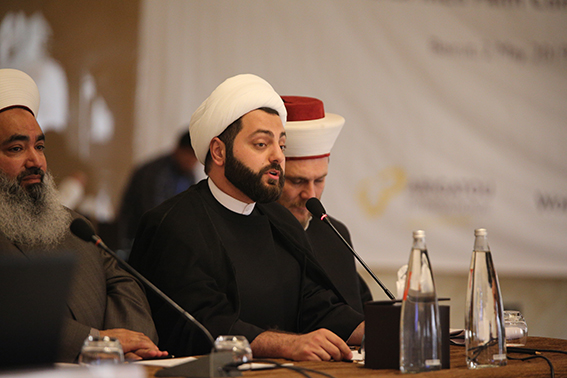 “Our Legal Framework in Lebanon is not adequate to protect children from all forms of violence, we need to reform our child protection laws, and we need to empower faith leaders to play a key role in child protection,” stressed Judge and Sheikh Mohammed Abu Zayd.

The importance of a “good start in life” and how it translates into firm foundations for peaceful societies was a major point across all presentations. “Whatever is instilled in children will accompany them until they reach their seventy years of age,” said Father Jack Hanna, Priest of St. George Church of Syriac Orthodox in Zahle, when explaining how nurturing values and spirituality in children is critical as it contributes to the holistic and healthy development of a child.

While presenting successful strategies to challenge social and cultural norms that condone violence against children, Ms. Diala Kouteish from UNICEF introduced INSPIRE, the first global tool for preventing and responding to violence against children, and explained its seven strategies, which include the implementation and enforcement of laws; norms and values; safe environments; parent and caregiver support; income and economic strengthening; response and support services; and education and life skills. 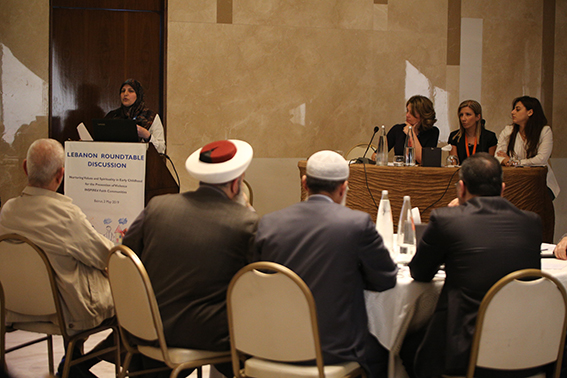 After a series of presentations and panel discussions, participants were asked to engage in a small group dialogue, where they reflected on issues related to social and cultural norms that condone violence in early childhood, legal frameworks, and positive discipline and education.

This meeting is one of five roundtable discussions being organized around the world by the International Consortium on Nurturing Values and Spirituality in Early Childhood for the Prevention of Violence, with the purpose of mobilizing religious communities, and raising awareness about INSPIRE – Seven Strategies to End Violence Against Children. 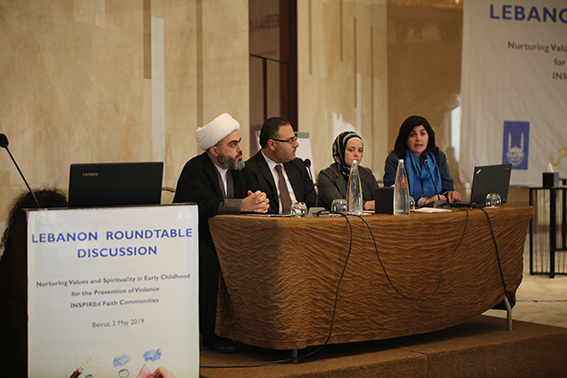 A country-specific advocacy booklet with scientific evidence on the impact of violence in early childhood, theological reflections, and good practices will be produced as a result of the roundtable and will serve to bring this dialogue to the communities and INSPIRE joint action.

We hope this dialogue, that brings together science and religion at the core of the discussion on child protection and the prevention of violence in early childhood, can be used as a model to raise awareness and to find home-grown solutions that are anchored in people’s cultural and religious views for the well-being of children in Lebanon.