The last of a series of Roundtable Discussions on Nurturing Values and Spirituality in Early Childhood for the Prevention of Violence was held in Brasilia on 24 June 2019, and brought together more than 70 participants from several religious communities, experts on early childhood and child protection coming from civil society and faith-based organizations, as well as government representatives.

The discussion highlighted the magnitude of violence in early childhood in Brazil, including issues of discrimination against several groups of the population, being children the most affected; and the social and cultural norms that condone violence, particularly gender-based. Religious leaders discussed the need for interpretations of religion to be gender-sensitive and to support living together rather than pulling us apart. 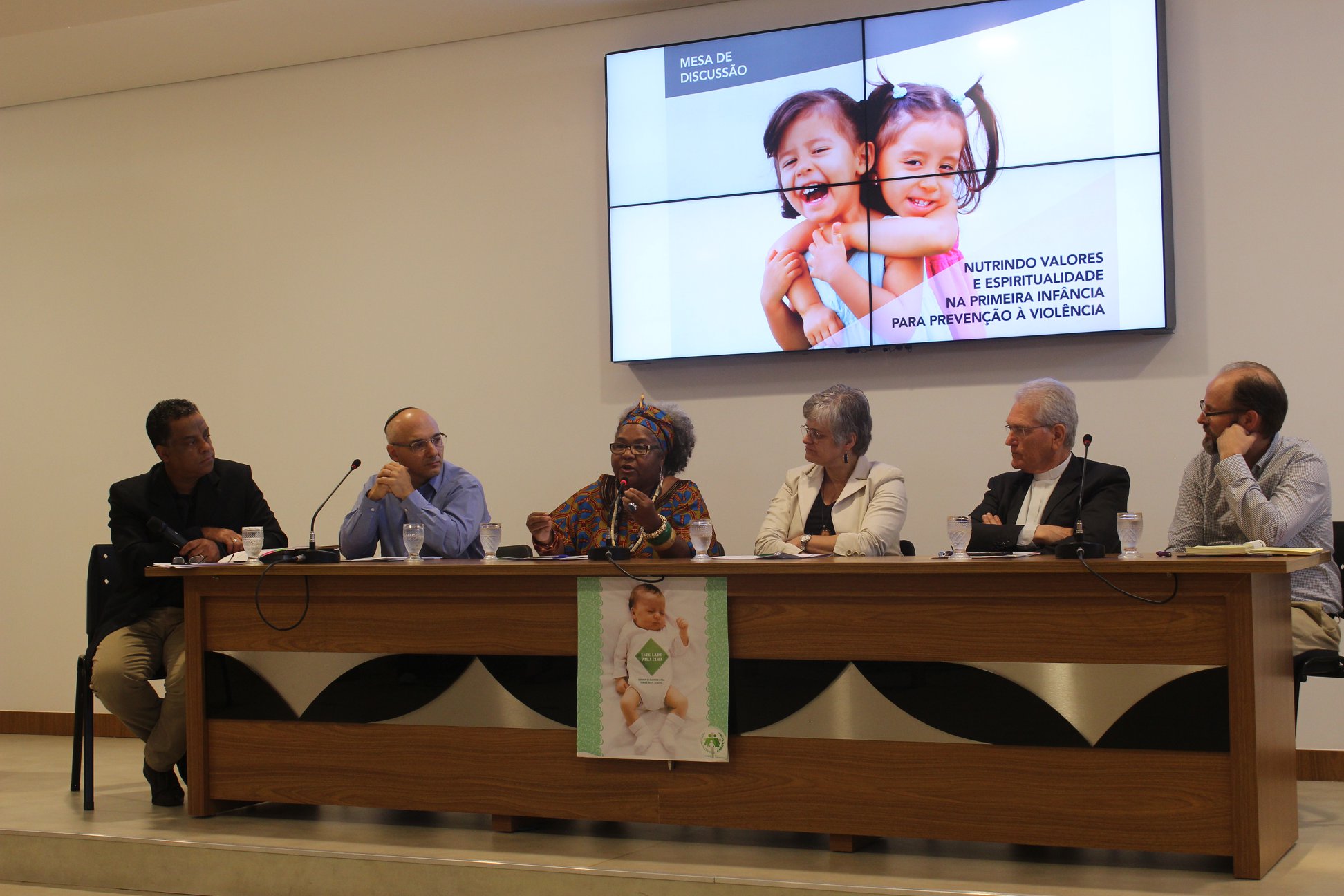 Lutheran Pastor Romi Bencke, General Secretary of the National Council of Christian Churches of Brazil (CONIC) stressed the importance of ending what she described as patriarchal dynamics of power. In our societies “the child upbringing is exclusively attributed to women. And it is impossible to think about child protection without considering the violence to which women are subjected in the domestic environment. In Brazil, the rates of femicide are quite high, there was an increase of 70% this year compared to the same period last year, and this directly affects the children”.

According to Pastor Bencke, if we want children to grow in a healthy environment, it is necessary that first, we create more horizontal relationships of power between women and men. “Unfortunately in Brazil what we see is that there are religious leaderships today that promote inequality and legitimize violence, and this has a direct impact in early childhood education”, she stressed.

Dr. Carlos Nogueira, a specialist in Neuropediatrics and Clinical Neurophysiology, presented the latest scientific evidence on the impact of violence on child brain development and identity formation. While sociologist, Helena Oliveira, Head of the UNICEF Office in Salvador, showed shocking statistics about violence against children in Brazil. According to her, only in 2018, more than 47,000 children between the ages of zero and seven were victims of violence in Brazil. 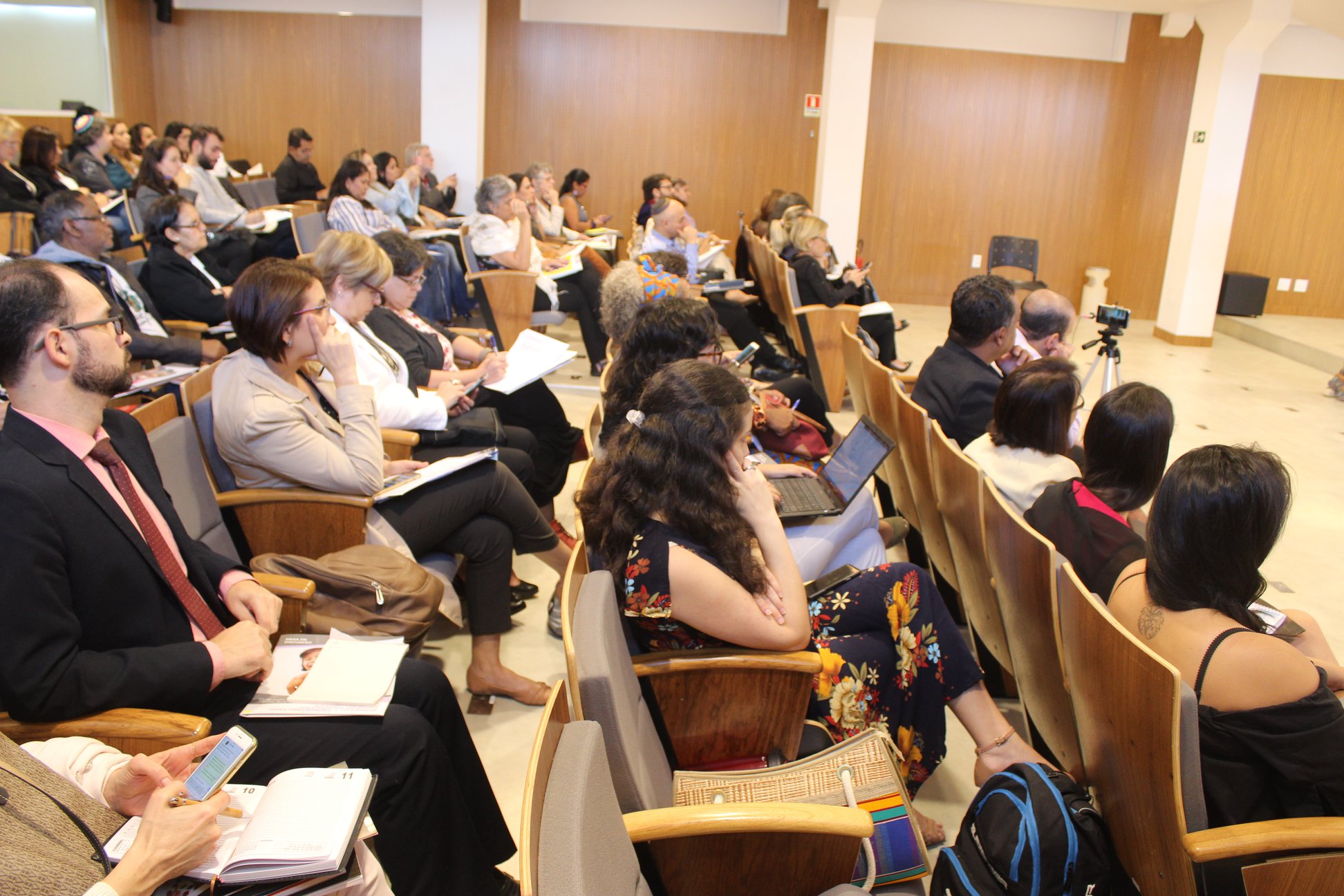 Panelists reflected on the role of spirituality in supporting children’s resilience and strengthening their growth, together with the need for challenging the punitive culture that is represented in corporal punishment against the child. They spoke about seeing children as subjects and not as objects and how they need to be placed in the center of all policies. Several models of nurturing spirituality were shared as well as examples of positive parenting and education to support life skills and values.

Participants were also introduced to INSPIRE – Seven Strategies to End Violence against Children, which is a comprehensive tool that identifies a select group of strategies that have shown success in reducing violence against children.

The roundtable discussion concluded with a strong call to bring these reflections to the local communities and the suggestion to join hands in action for the 20th of November – Day of Prayer and Action for Children.

This meeting was led by World Vision Brazil in collaboration with Pastoral da Crianca and the Global Network of Religions for Children in Brazil, and is the last of five roundtable discussions organized around the world by the International Consortium on Nurturing Values and Spirituality in Early Childhood for the Prevention of Violence, to raise awareness about INSPIRE and to mobilize religious communities.

A country-specific advocacy booklet with scientific evidence on the impact of violence in early childhood, theological reflections, and good practices will be produced as a result of the roundtable and will serve to bring this dialogue to the communities and INSPIRE joint action.

Special thanks go to all partners, collaborators, and participants for a very inspiring and enriching meeting. 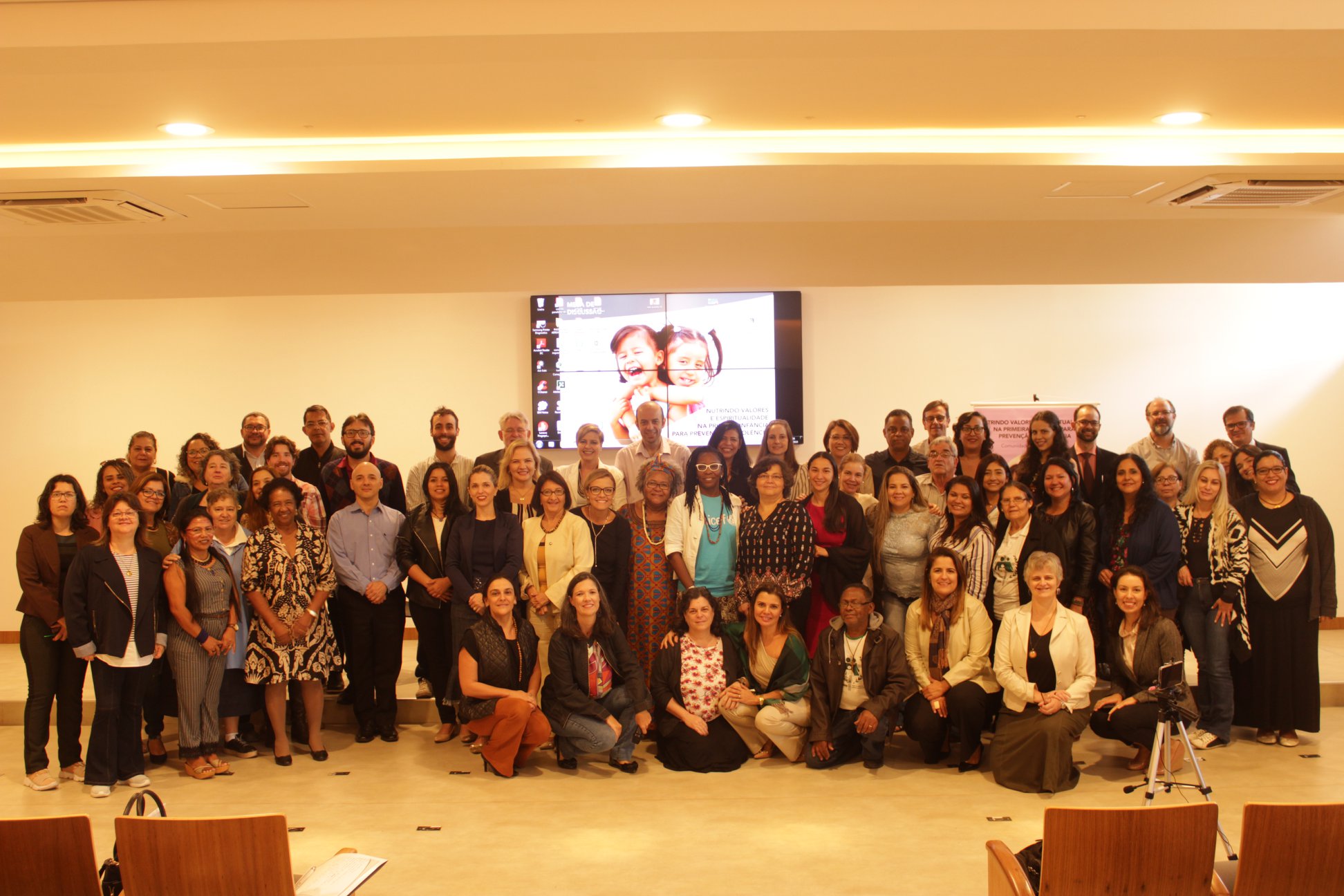