The Global Network of Religions for Children (GNRC) participated in the 8thWorld Assembly of the World Council of Religions for Peace in Kyoto, Japan, from 26 – 29 August 2006. During the assembly which brought together more than 800 religious leaders from 100 countries, a Declaration on Confronting Violence and Advancing Shared Security was adopted by the gathered leaders. 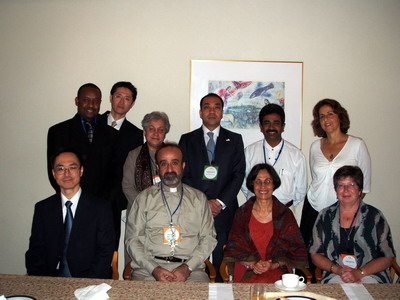 This was the first time GNRC was participating in a WCRP assembly after it was founded in May 2000. Rev. Keishi Miyamoto who is also the representative of the Arigatou Foundation, Mr. Atsushi Iwasaki, Secretary General of the GNRC, Ms. , Director of Arigatou Foundation in Geneva and the regional Coordinators for Africa, Dr. , Central Asia and Caucasus, Ms. Razia Ismail Abbasi, South Asia, Dr. Vinya Ariyaratne,  Europe, Ms. Marta Palma, Arab States, Dr. Qais Sadiq, Israel, Ms. Dorit Shippin and Latin America and the Caribbean, Ms. Mercedes Roman, attended the conference as observers.

Noting that all religions were at risk of being hijacked by extremists, the Secretary General of the WCRP International Dr. William Vendley stated that “The Kyoto Declaration offers a new vision of shared security that properly places religious communities at the center of efforts to confront violence in all its forms.” Dr. Vendley urged religious leaders to work together to illuminate the path of peace wherever they worked in. 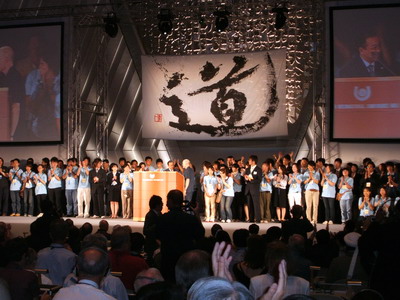 Earlier, various world leaders, including Japanese Prime minister, Junichiro Koizumi spoke during the opening of the Conference, calling for concerted efforts among religions to end violence around the world.

The Moderator of the Religions for Peace International, HRH Prince Hassan bin Talal called for a nuclear free , and challenged the gathered leaders to take a more active role in bringing about peace and ending conflicts that continue to afflict many parts of the world.

Former Iranian President Mohammad Khatami decried the situation in the , and stated that time had come to address the root cause of the conflict in the region before it got out of hand.

In his message to the Religions for Peace Assembly, UN Secretary General Kofi Annan noted that religious leaders are well-placed to bring about peace. The UN Secretary General’s message to the 8th Assembly stated that “standing together in multi-religious alliances, you are well-placed to be effective agents for peace. By cooperating within the Religions for Peace networks, your effort is multiplied, and your impact in your communities magnified” wrote Mr. Annan.

The Kyoto Declaration issued a multi-religious call to action, urging participants to continue the work of the World Assembly. It stated in part that “as people of religious conviction, we hold the responsibility to confront violence within our own communities whenever religion is misused as a justification or excuse for violence.

Religious communities need to express their opposition whenever religion and its sacred principles are distorted in the service of violence.”

All the 20 recommendations in the Declaration were adopted by the assembly. They called the religious leaders, governments, international organizations and businesses to address violence and advance shared security through advocacy, education and partnerships with, and among, religious communities. 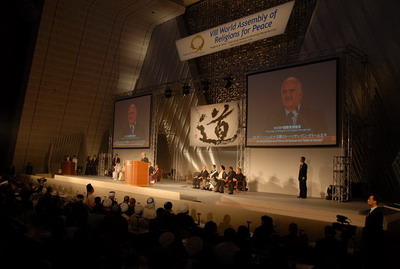 Some of the religions from countries and regions that has lately been steeped in violence such as , , , and went to the podium hand in hand to denounce violence, and promised to work hard to resolve those conflicts.

Prior to the Assembly’s main events, more than 400 participants from 65 countries concluded the Religions for Peace Women’s Assembly on August 25 with a Declaration affirming, “women of faith make available strength and hope when all seems hopeless.”

The Religions for Peace Youth Assembly from August 21 to 25 produced its own Declaration, proclaiming: “We choose hope because that is the only way forward.” 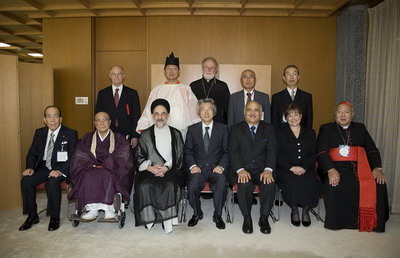