GNRC Joins other Religious Leaders in Kyoto, Japan to Endorse Declaration on Violence Against Children

Over 800 delegates and observers from over 100 countries, drawn from the world’s religions gathered inKyoto,Japanfor the 8thAssembly of World Conference of Religions for Peace that took place from 26 – 29 August 2006. The Assembly endorsed the Declaration on Violence Against Children. 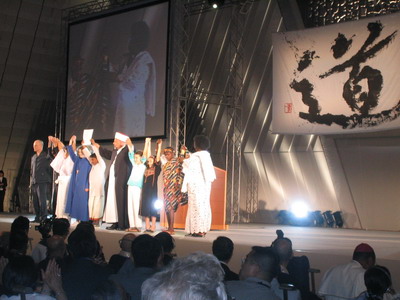 The declaration which was handed over to children by religious leaders in a brief ceremony at the end of the WCRP 8th Assembly,  calls all religious communities to help end all forms of violence against children.

In the endorsement, religious leaders have declared that “we find strong consensus across our religious traditions about the inherent dignity of every person, including children”.

Speaking on behalf of UNICEF, Ann Veneman, Executive Director, stated that UNICEF had a long tradition of working with religious communities the world over. She noted the moral authority of the religious leaders, including their vast constituencies, put them in a unique position to address violence against children at the grassroots. 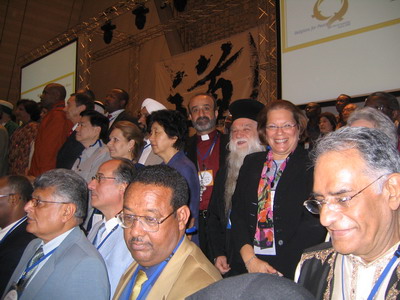 The declaration which was presented at the end of the 8th World Assembly of the World Conference of Religions for Peace was a culmination of a process that GNRC participated in.

During the consultations which discussed and drafted the Declaration that took place in , the Arigatou Foundation and the GNRC was represented by Ms. , who is also the Secretary General of the Interfaith Council on Ethics Education for Children.

The GNRC Coordinator for Europe Ms. Marta Palma representing the World Council of Churches, also participated in the consultations, as was a member of the GNRC’s global initiative – the Interfaith Council on Ethics Education for Children, Dr. Vinu . A Rapporteur for the conference, Ms. Maria Lucia Uribe was provided by the Arigatou Foundation. 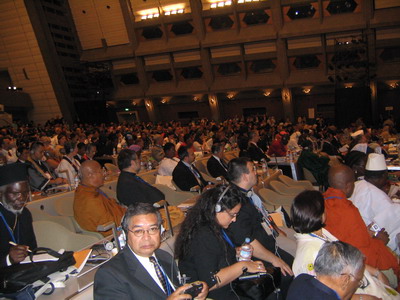