The Regional Coordinators of the Global Network of Religions for Children (GNRC) met in on after the conclusion of the 8th Assembly of the World Conference of Religions for Peace (WCRP). The meeting, the second one in 2006, was convened to deliberate on the third GNRC Forum scheduled to take place in 2008; discuss children’s participation and the GNRC Child Network; discuss the developments in the Interfaith Council on Ethics Education for Children, including the Ethics Education for Children toolkit and the ongoing testing workshops being carried out around the world; and the GNRC website. 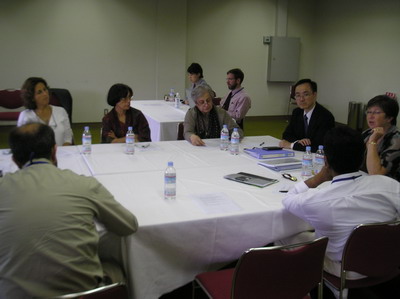 The GNRC Secretary General Mr. Atsushi Iwasaki briefed the Coordinators for the regions about the development of the new GNRC website.

The support that may be required by the GNRC Coordinators for the regions to manage the regional pages was also discussed.

The Secretary General of the Interfaith Council on Ethics Education for Children Ms. reported on the outcomes of the Youth Workshop that took place in  in July 2006.

The GNRC Coordinators and Ms. Ucko discussed on how to make follow-up on the workshop, and to promote children’s participation at the regional and global levels. Also on the agenda was the development of the GNRC Child Network. 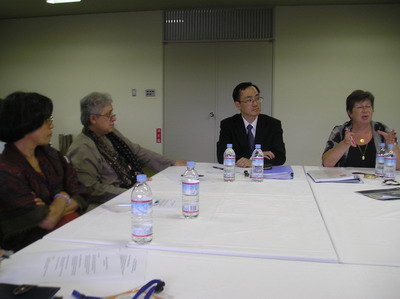 Rev. Miyamoto expressed his gratitude and thanks to the Coordinators, and the staff of the Arigatou Foundation, for the development of the GNRC globally, and the Interfaith Council on Ethics Education for Children. 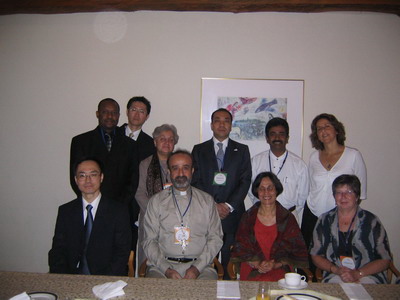