The first interreligious colloquium of the GNRC-Belgium for young people was held in Brussels from January 26 – 28, 2007. The theme of “Human Dignity” was approached from different religious perspectives through general discussions, moments devoted to spirituality and interactive workshops. 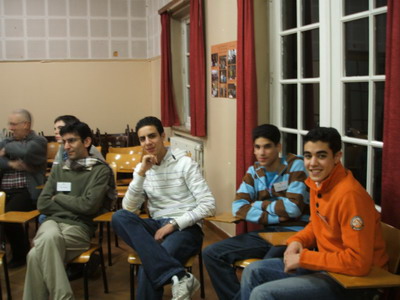 The first interreligious colloquium of the GNRC-Belgium for young people was held in Brussels from January 26 -28, 2007. The meeting, organized by Mrs. Ana María Serrano, a member of the GNRC-Europe, brought together 40 participants from various religious communities to consider the theme of “Human Dignity” from a diverse range of perspectives. The participants, most of them aged between 15 and 18 years old, represented the Bahá’í, Buddhist, Christian, Jewish and Muslim communities. The colloquium was organized in close collaboration with the GNRC European Coordination Office in Geneva and Ms Marta Palma conveyed greetings and appreciation of Rev. Takeyasu Miyamoto to all the participants. Ms Djénane Tosbath from the Arigatou Foundation Office in Geneva participated in order to observe the dynamics of the meeting and its contribution to the toolkit on ethics education for children. 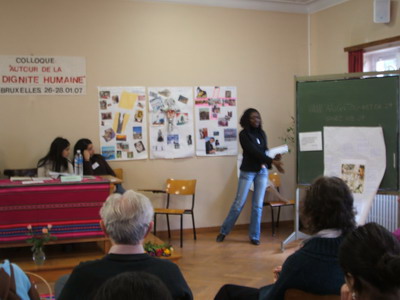 The colloquium provided a unique opportunity for the participants to discuss the essential human value of dignity, each one offering a perspective based on his or her own religious beliefs and his or her respect for others’ identities.

A number of distinguished presenters offered thought-provoking insights for the consideration of the participants. Child Psychiatrist, Ms Dominique Struyf, a Roman Catholic Christian, spoke about young people’s spiritual needs from a psychological perspective. Professor Mohammed Jamouchi, a Muslim, described how religious beliefs support the mechanism of identity formation. Mr. Michel Deprèay, Vice President of the Belgium Buddhist Union, spoke about the factors that harm dignity and offered suggestions for overcoming them. Father Charles Delhez, a Roman Catholic Christian, spoke about the infinite dignity of humankind as a gift of the Divine Presence. Rabbi Bernard Job described how the Moses’ commandments constitute the fundamentals of every democratic society. Mrs. Samantha Joulain, a Bahá’í, talked about how all humankind is joined by the Divine Presence, which enables young people to develop their potential.

Three interactive workshops were also held to give the young people an opportunity to freely express their own visions of human dignity. The workshops were led by Jacqueline Delcorps, a Roman Catholic Christian, Véronique Demaude, a Protestant Christian, Souha and Jalel Boufaïed, Muslims, and Samantha Joulain and Shamin Beyraghi, Bahá’ís. 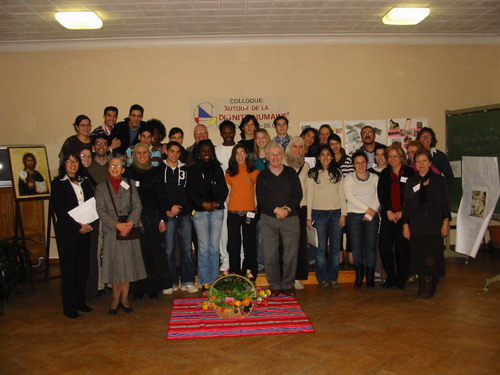