Over 10,000 people flockDar es Salaam’s Mnazi Moja grounds to participate in a day-long festival in which GNRC ‘Peace Ambassadors’ were at hand to explain about conflict, peace-building and ethics from inter-faith perspective.

GNRC Africa whose exhibition with the theme of ‘Peace-building in a Multi-faith Environment’ attracted many people to its tent where young people from Peace Clubs recently trained in peace-building, explained what the GNRC Network was doing in Tanzania, and soon in other African countries, to build peace. The ‘Peace Ambassadors’ participated in the B-CONNECTED Global Festival which took place in five countries simultaneously – the Netherlands, Tanzania, Ethiopia, Hungary and South Africa on 21 May 2006. 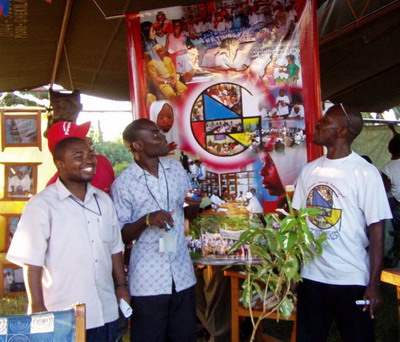 In Dar es Salaam, Tanzania where the festival attracted over 10,000 people, GNRC ‘Peace Ambassadors’ and other young people of ages ranging from 15 to 27 years engaged other young people from Netherlands, Hungary, Ethiopia and South Africa in a live chat and telephone conversations. Subjects discussed during the B-CONNECTED extravaganza included culture of peace, conflicts, HIV/AIDS, ethics, culture and arts.

GNRC Africa shared a podium with Dogodogo Centre to exhibit and explain to interested festival goers who visited the tent about children, peace, ethics and conflicts, among other issues. The members from the GNRC Peace Clubs and the Dogodogo Children’s Trust welcome hundreds of visitors from all walks of life to the tent which was decorated with artwork, peace messages and pictures. The Peace Club members demonstrated different art works and pictures of encouraging peace in the family and the community at large. 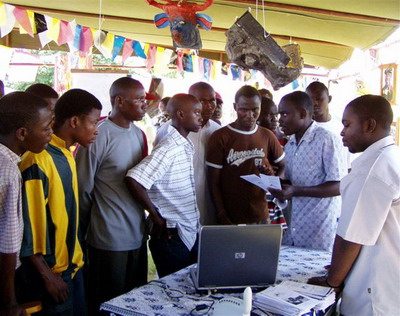 The visitors asked many questions regarding conflicts in Africa and the world at large. GNRC youth explained that it was important for each one of them to understand that they came from different backgrounds, religious traditions, beliefs, and culture. To avoid conflicts, the visitors were urged to remember that empathy, the spirit of reconciliation, taking responsibility and respecting each other’s point of view and practices were key in attaining peace in their various communities.

Most visitors at the tent expressed concern about the prevailing conflicts fanned by religious extremism and greed for power in the world, as posing the greatest threat to world peace. They said very little has been done in the past to bring different religions to dialogue for peace. 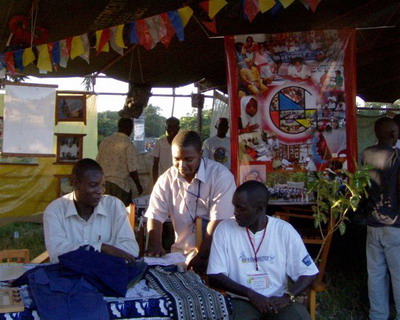