Fourth Workshop on Ethics Education in Brazil hosted in Salvador, State of Bahia

The fourth GNRC workshop of the Learning to Live Together Programme in Brazil took place in Salvador, in the state of Bahia, between 4 – 8 June 4 2014.  Seven institutions representing different religious backgrounds participated. The workshop aimed to put into practice LTLT as well as in introducing a pilot project for the Strengthening Families Programs. 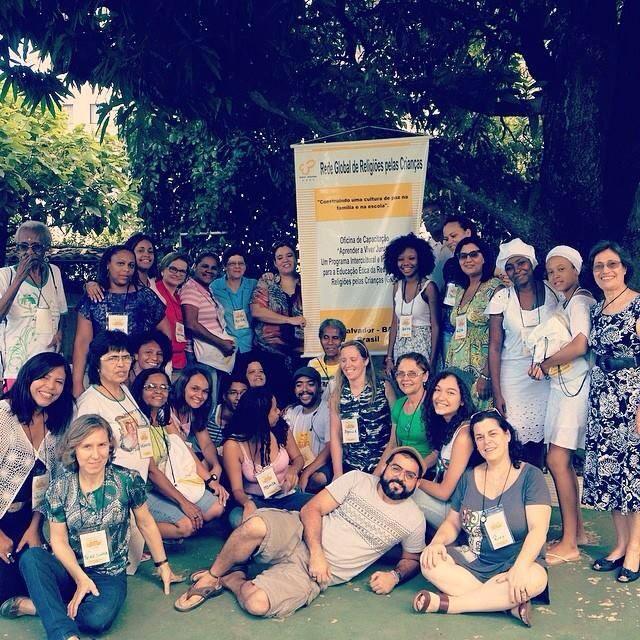 The seven institutions participating stated, “We are an inter-institutional group for the education of children and youth. Our aim is to help nurture and develop individuals to become key players in contributing to the education and promotion of citizenship, human rights and faith building; at the same time respecting each others’ religious and cultural backgrounds.”

The organizations outlined that they work with children and youth in vulnerable situations. The family is their biggest challenge as many of them are unstructured and violence against children is a rule rather than an exception. Violence in the family main arises from a culture of machismo, aggravated by the presence of drugs and violence.

Drugs, family violence, religious intolerance, and racism were some of the issues that were mostly discussed during the workshop, as the most prevalent causes of violence against children. Drugs took a central stage as participants agreed that treating its consumption must become a public health issue. On the other hand, there was a strong belief in helping to create a nurturing and protective circle around the child in order to secure a good upbringing.

The participants worked on practical exercises in preparing action programs based on the Learning to Live Together Programme, and practiced their faciitation skills. All agreed on the implementation of the LTLT as well as implementing the World Day of Prayer and Action for Children. Participants agreed on creating communities of practice on the Learning to Live Together to continue building the GNRC, and nominated an adult and youth participant to follow on the implementation of the agreements made.