Child and Youth Participation in the GNRC Fifth Forum 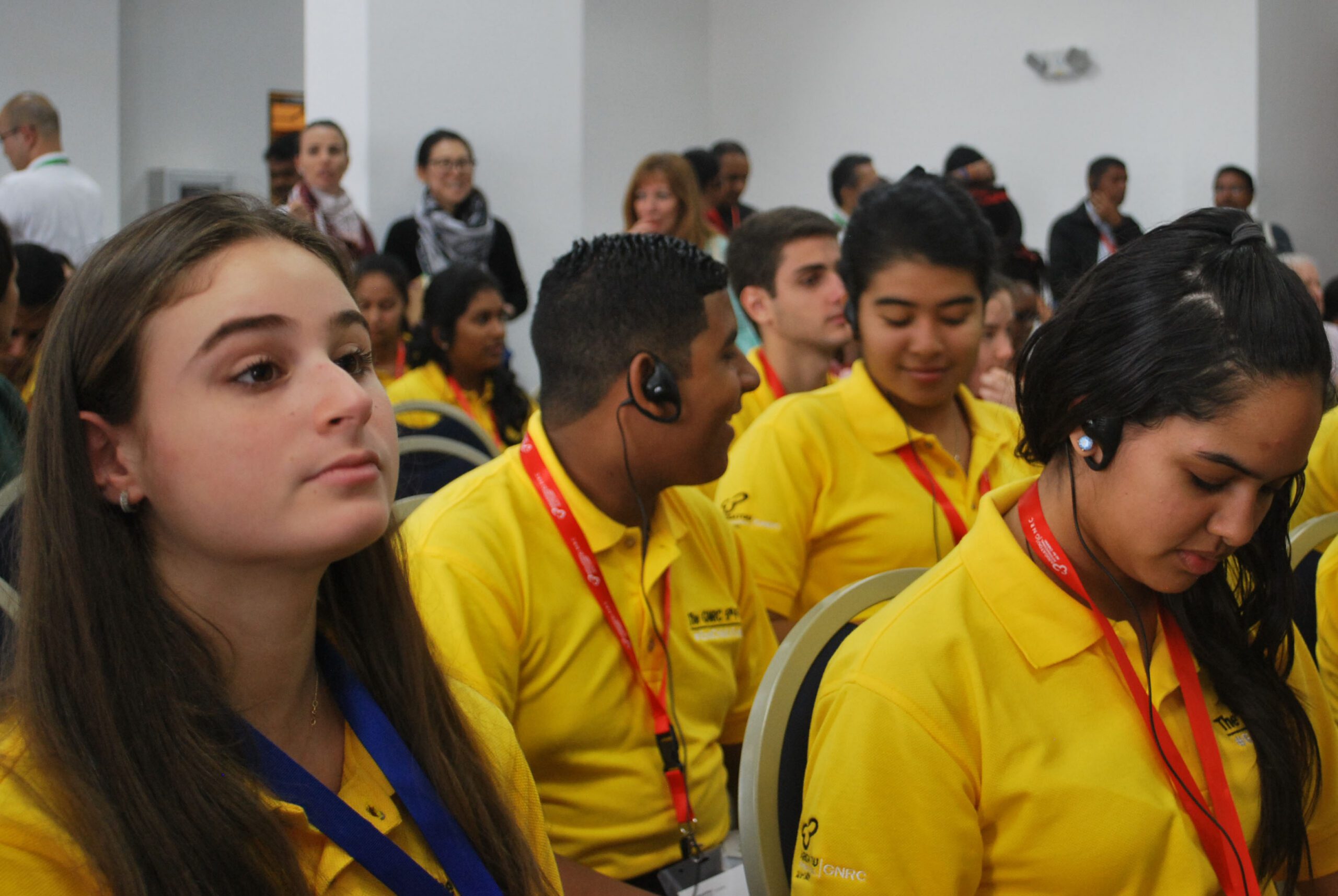 From 6 to 8 May 2017, 64 children and youth from 21 countries in Africa, Asia, Europe, North and South America and the Caribbean, gathered in Panama City to learn from one another and to get prepared for an active participation in the discussions, working groups and plenary sessions of the Global Network of Religions for Children (GNRC) Fifth Forum. Arigatou International Geneva was commissioned to plan, organize and run the Pre-Meeting, support the consultations with children that took place before the event in several countries, and the activities that will follow after the Forum.

GNRC forums are held every five years, bringing together more than 400 religious leaders, members of diverse faith communities, representatives of faith-based organizations, United Nations officials, and delegates of international and grassroots organizations from around the world. This time, the forum took place in Panama City, from 9 to 11 May, under the theme: “Ending Violence Against Children: Faith Communities in Action.”

The aim of the Pre-meeting was to provide a friendly space for children to get to know each other, learn from each other’s experiences and become acquainted with the topics to be discussed at the GNRC Fifth Forum. During the three days, children were accompanied by a team of six experienced facilitators that used participatory methodologies and activities based on the Learning to Live Together Programme of Arigatou International. Children had the opportunity to express their views in matters that affect them and their communities; share what they discussed during the consultations in their country, and to learn about the consultations that were organized in other countries. They explored the themes and sub-themes of the forum exchanging opinions and views, and elaborate and prepared their own recommendations, which were presented a few days later at the Forum. 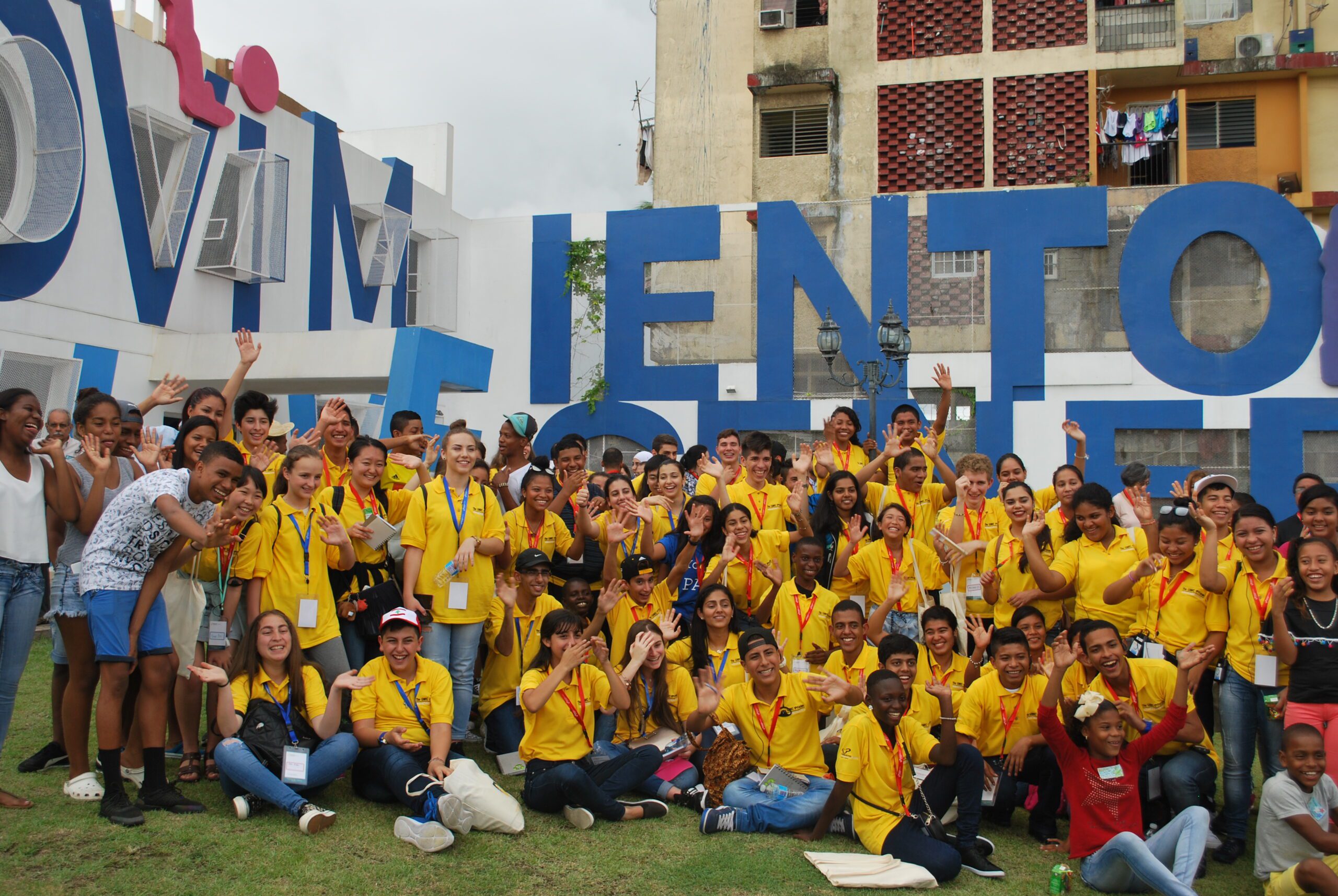 The involvement of children and young people as full and equal participants in the Forum was a high priority for the organizers, following the principles of Arigatou International concerning the rights of children and their participation in decisions that affect them. Several preparatory documents, including child protection guidelines, were developed in collaboration with the GNRC Fifth Forum Organizing Committee sub-group. Consultations were also launched during this period for the local GNRC groups to work with children on the sub-themes of the Forum, namely: Protecting Children from Violent Extremism, Gang Violence and Organized Crime; Nurturing Spirituality and Ending Violence in Child Upbringing, and Ending Sexual Exploitation and Abuse of Children.

One of the highlights of the Pre-meeting was when children visited Movimiento Nueva Generación- New Generation Movement in English-, a community-based organization that carries out cultural, social and sport activities for vulnerable children and youth in an area severely affected by gang violence. Organized in small groups, and led by a local child, participating children visited the facilities and learned from their peers about the movement, and how this organization has shaped their lives and that of their community. 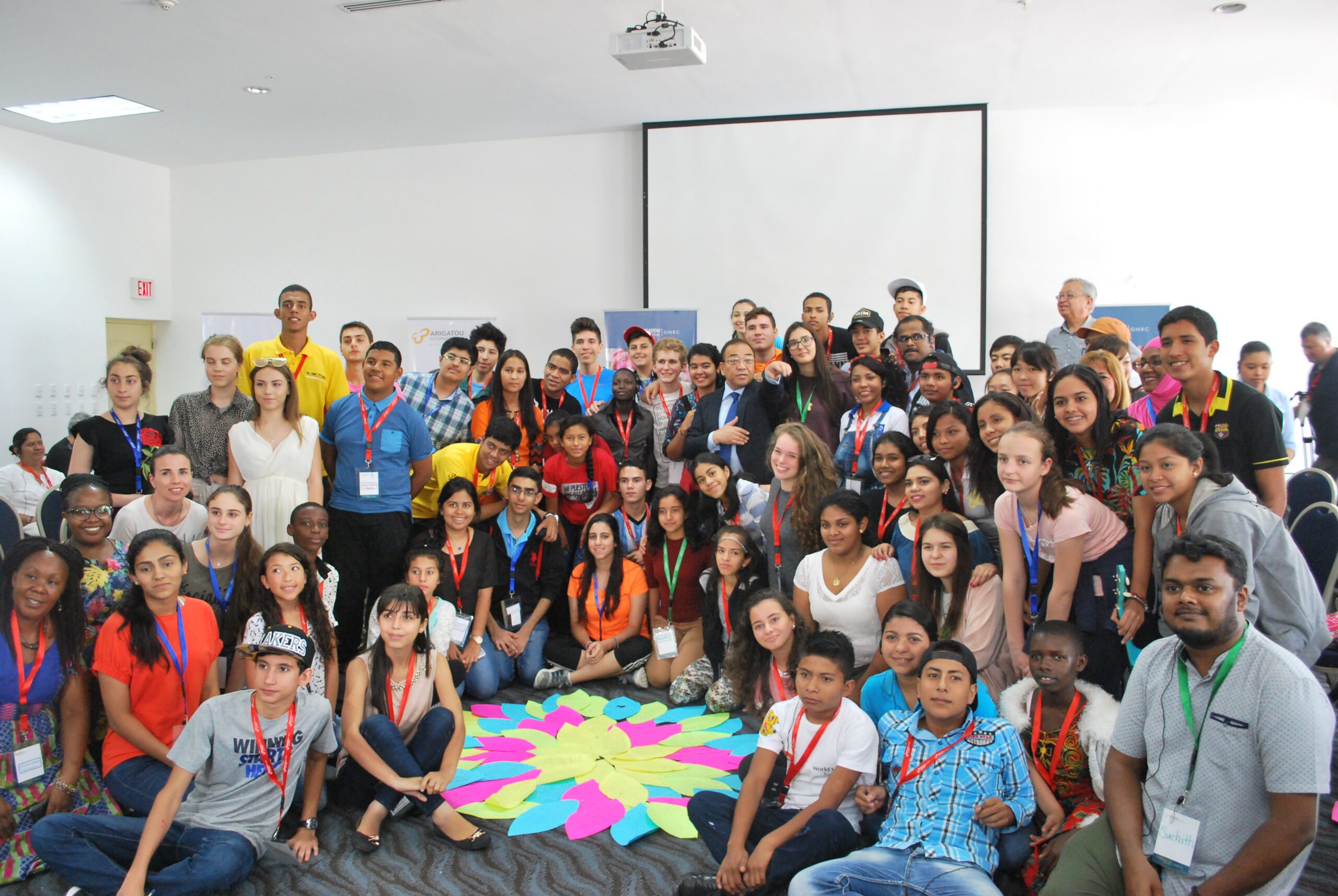 After the field trip, a child from Panama expressed that “despite living some blocks away from the project, I had no idea about its existence, nor the exact reality they live in. I will be more attentive from now on”.

As a result of the three-day meeting, children came up with a list of ideas and recommendations which they presented during the Forum. On the last day, children shared their thoughts and conclusions about the Pre-meeting: “I have learned how we can all contribute to ending violence against children since we all have and can have a voice”, “we can work together to transform our communities”, “we shall unite our voices to make a difference”, “we do not need to talk the same language or have the same culture to raise our voices and work together”.

After the Pre-meeting, children actively participated in the Forum as part of the panels and sub-theme presentations. Children’s participation during the Forum was highly appreciated by participants, not only because children did actively contribute to the discussions and reflections, but also because their voices were raised and heard as part of the conclusions and recommendations moving forward.

At the end of the Forum, children shared a statement declaring how they would like to participate in campaigns to prevent violence against children, educate and create awareness among their peers, and contribute to the creation of safe spaces for information, dialogue, and experience sharing in virtual and non-virtual settings. They also committed themselves to sharing and disseminating the conclusions, agreements, and recommendations of this Fifth Forum, and to working together to end all forms of violence against children around the world. Moreover, they asked adults and religious communities to advocate for effective laws that protect children from violence. They asked religious leaders to create safe spaces for children, to hear their ideas, and to guide their parents and other adults into treating children in the right way.

A web page in English and Spanish was developed to disseminate some of the findings of the consultations, testimonies of children, and provide further information about the pre-meeting. It is expected that children will continue to be engaged in dialogue and promoting the commitments, as well as the declaration of the Forum with their peers. They will also continue to be involved in the GNRC action plans that emerged from the Forum.

Arigatou International Geneva thanks all the children for their enthusiastic and energetic participation, and the facilitators for their commitment and support.