Challenging Discrimination and Xenophobia with Education: A Discussion in Light of the 39th Human Rights Council Session 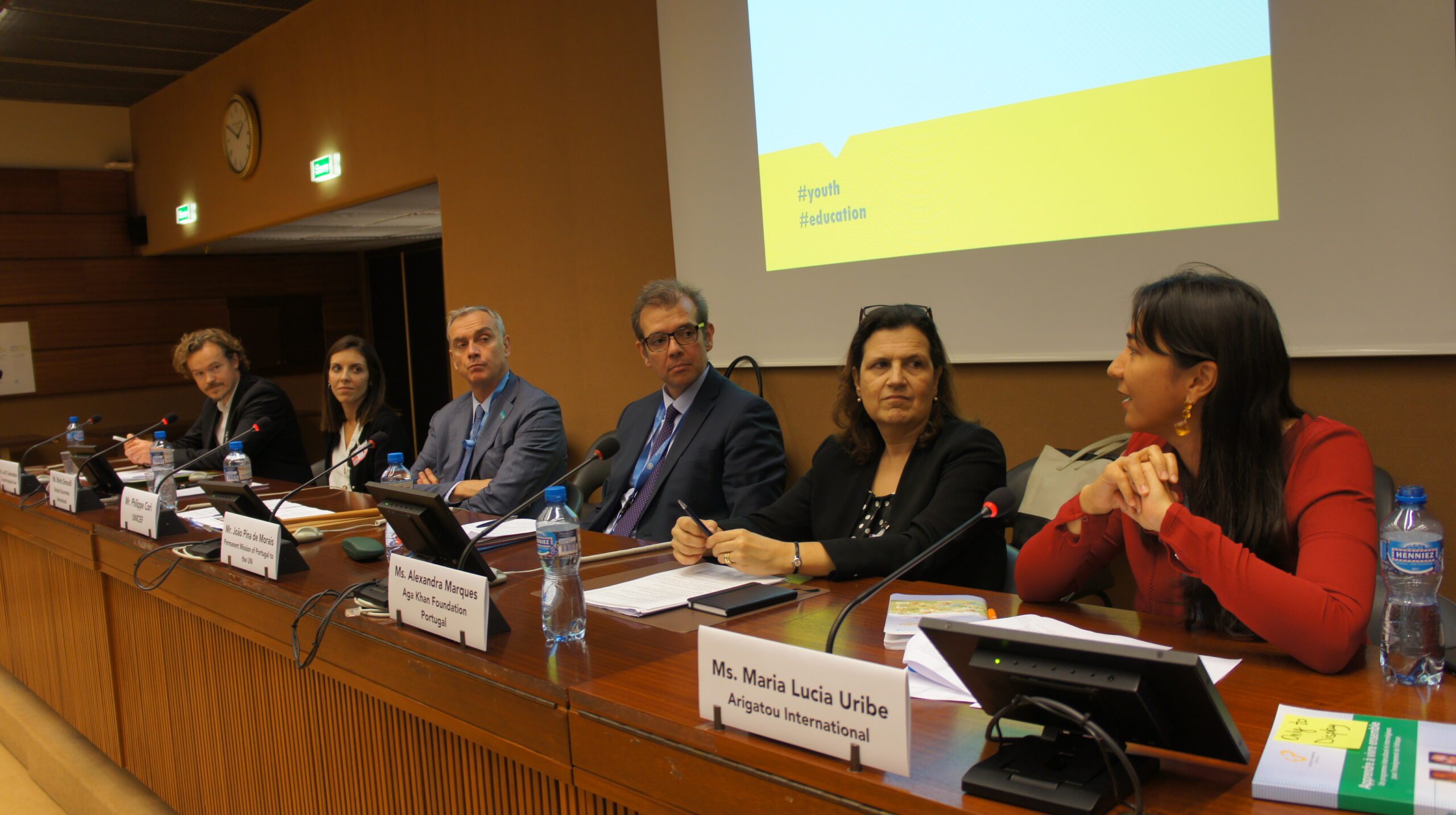 Education can be a tool for refugee or migrant children to integrate into their new host societies, and has the potential to empower them to lead a joyful and fruitful life. It is with this idea in mind that a panel discussion on Empowering Youth Through Education: Challenging Xenophobia, Discrimination, and Exclusion among Youth in Europe was held, reflecting on the role of education in fostering more inclusive societies and empowering youth.

The event took place on 24 September 2018, in light of the 39th Human Rights Council session, with the notion of education as a human right in mind, and was organized by Arigatou International – Geneva, together with the Aga Khan Foundation – Portugal; the European Wergeland Center; and the Pontifical Foundation – Scholas Occurrentes.

The discussion centered on the role of education in building inclusive societies and creating spaces for interaction and interfaith and intercultural dialogue, within the context of an increasingly pluralistic European region.

Mr. Philippe Cori, Deputy Regional Director, UNICEF Office for Europe and Central Asia opened the floor by stating “Time is for action, not contemplation”, emphasizing the urgency and importance of acting now to challenge discrimination and xenophobia in Europe. Next, Mr. João Pina de Morais, First Secretary– HR, Migration and Humanitarian Affairs, Permanent Mission of Portugal to the United Nations Office, provided opening remarks by introducing the concept of the Global Platform for Syrian Students, an initiative created by Mr. Pina de Morais himself, which provides Syrian students with an emergency mechanism to continue their studies whilst coping with the conflict in their country. This was followed by a dynamic discussion by the other panelists.

Ms. Alexandra Marques, Director of Education at the Aga Khan Foundation, continued the discussion by stating that education should not be limited to the context of schools, but must involve children themselves, parents, and communities in order to be most effective:

“The care we provide to parents, particularly in the phase of early childhood parenting, will be powerful to the way they perceive their role in the community.”

Mr. Lars Gudmundson, Deputy Director at The European Wergeland Centre, concurred, noting that while there is a strong recognition at the policy level of the role of education in fostering democratic and inclusive societies, there are several interventions that are necessary in practice; particularly participatory methodologies involving students themselves.

Next, Ms. Marta Simoncelli, Vice- Secretary, Scholas Occurrentes International, shared empirical examples of students meeting with refugees which allowed them to shed previous perceptions they may have had, resulting in a positive change in mindset and a more open society. Finally, Ms. Maria Lucia Uribe, Director at Arigatou International – Geneva, discussed how interfaith education can play a crucial role in ending xenophobic and discriminatory attitudes, and must be adapted to match the pluralistic and diverse landscape in Europe: “When we have so much diversity and pluralism in Europe, education needs to be shaped to this context and to the needs that we have today”, she stated, advocating for the integration of interreligious and intercultural education into the very ethos of schools.

The end of the session summarized good practices, inspiring participants to create a world where people uplift one another and value each other’s differences.

We thank all the panelists for contributing their ideas and knowledge to this discussion, as well as the organizing partners, co-sponsors and those who attended the event for their participation and support.

The report of this event can be found by clicking here and a video recording of the event is available here. 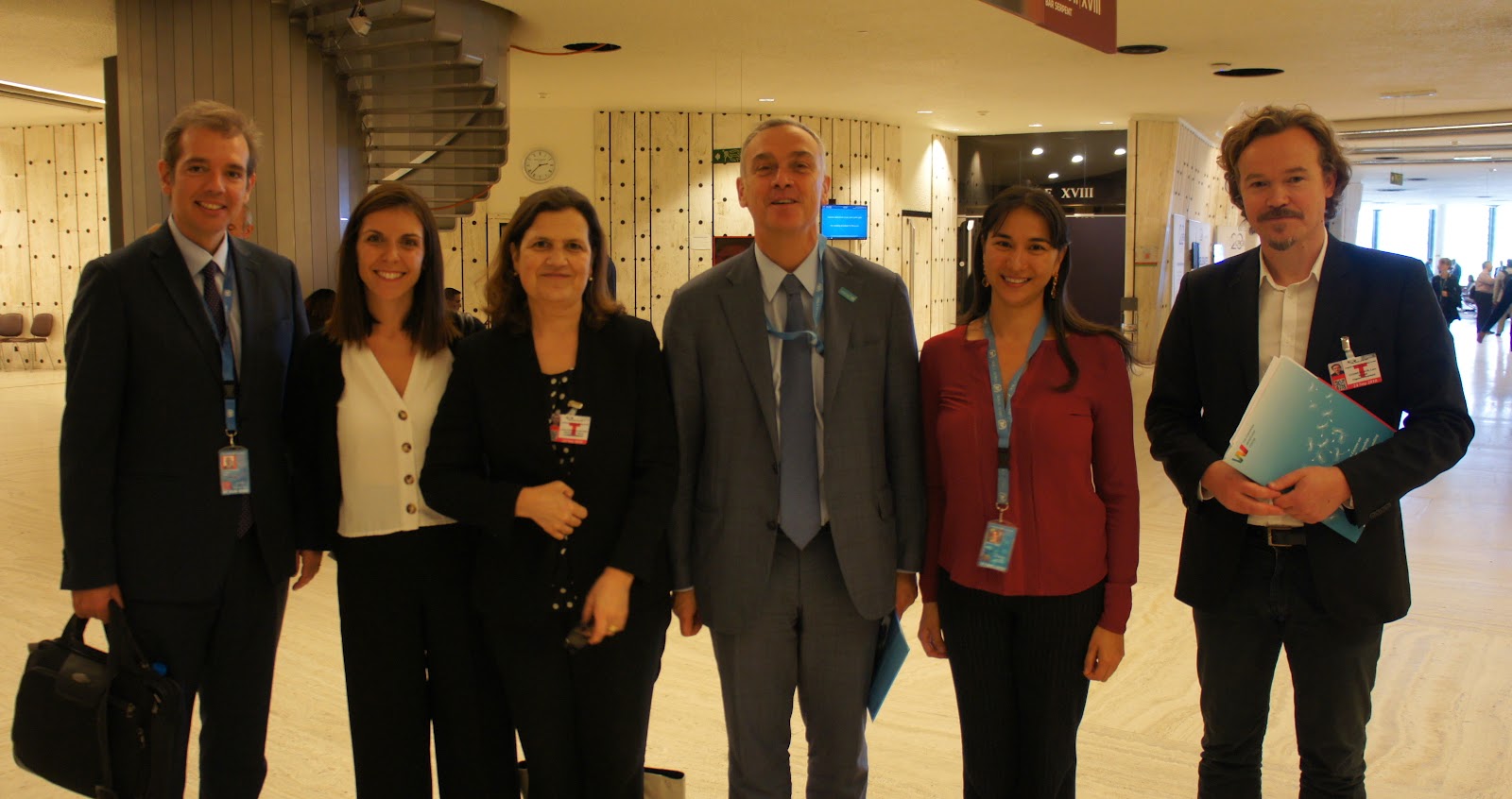