Challenging Violence by Promoting a Peaceful Coexistence among Youth in Uruguay 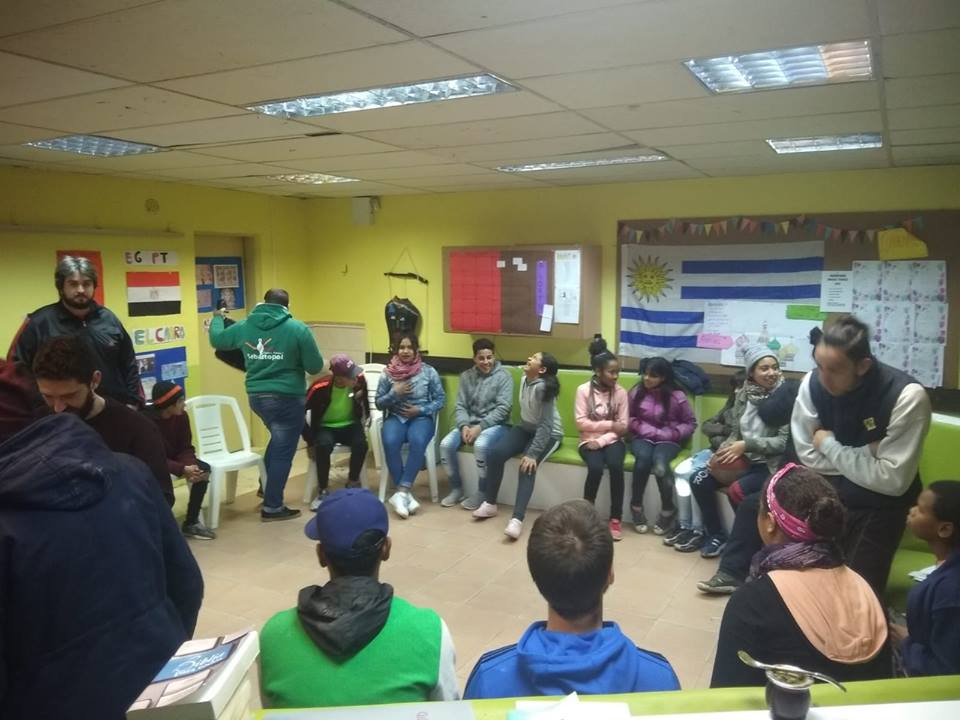 Twenty-five children aged 15 to 18 participated in the implementation of the Learning to Live Together Programme in Uruguay, thanks to the efforts made by three facilitators from Youth for Christ, a worldwide Christian movement working with young people around the globe.

After being trained on the use of the Learning to Live Together Programme back in 2017, Ms. Gabriela Coito, Ms. Keissy Correa, and Mr. Jimy Fagúndez started implementing the Programme with children in one of the Youth for Christ’s centers in Montevideo, holding one session each week, over a period of seven months.

This particular center is located in Flor de Maroñas, a neighborhood characterized by its high social and economic vulnerability. A large number of the participating youth had presented violent behaviors, particularly during the last few years. The main aim of the implementation of the Programme was precisely to promote peaceful coexistence, not only among the youth but also with their families and the community at large.

“The training allowed us to deepen our knowledge and skills from complementary perspectives to those already used by our team, but at the same time, in a certain way, it helped us to rethink the practices and ways of working with these situations,” said Ms. Correa.

Throughout the implementation of the Programme, facilitators worked together to strengthen children’s capacity to make ethical decisions based on values and to foster learning to live in solidarity with people of different religions, ethnicities or cultures. Children reflected on their individual and collective responsibility to act in peaceful and compassionate ways and discussed issues like racism, discrimination, and exclusion.

“I believe that LTLT is a very valuable tool, mainly for two reasons: its comprehensive approach, from an ethical and intercultural perspective, and its ability to be adapted to different contexts,” stated Ms. Correa, and added: “What motivated me the most was to understand that we (the adults) still have a lot to learn from the fluent and sincere exchange with the people we work with.”

We thank the team of facilitators for trusting in the effectiveness of Learning to Live Together in their work with young people in vulnerable situations, and Youth for Christ – Uruguay, for their organizational support.