Adapting the Learning to Live Together Programme to Middle Childhood Years

During the latest years, Arigatou International –Geneva has received a strong call from its network of educators to develop a new edition of the Learning to Live Together Programme for younger children. The Geneva office is responding to these requests by undertaking the task of coordinating a 2-year-long process of adapting the manual to the ages of 7 to 11.

In order to understand the potential for adaptation of the manual, Arigatou International – Geneva conducted a mapping of locations where partners have used the Programme with children in middle years, followed by 11 interviews in Chile, Colombia, Ecuador, El Salvador, India, Indonesia, Panama, Romania, South Africa, and Tanzania.

After conducting an analysis of past experiences of the implementation of the Programme with younger children, a Working Group of experts was formed to advise the process. The group, formed by experts on peace education, Interfaith learning, child rights, ethics, quality education, teacher training, children and youth participation, and theologians, coming from different regions of the world and from different religious and non-religious backgrounds, met in Geneva on 20-21 October 2018 to provide recommendations to initiate the adaptation process.

The process of adaptation will follow a similar but shorter process as when the Learning to Live Together Programme was developed through a collaborative and participatory approach, engaging groups of scholars, pedagogues, educators and practitioners from different religious and secular traditions back in 2004. Just as with the Programme, the adaptation will include consultations with religious leaders and teachers followed by pilot workshops with children in the different regions with the support of GNRC members, and the participation of at least one member of the expert group.

The pilot workshops are scheduled to take place from November 2018 until July 2019, followed by a compilation of results and drafting of the manual. Pilot workshops are expected to be held in, Ecuador, Kenya, India, Indonesia, Lebanon, Panama, Portugal, Romania, and Tanzania.

The years between 7 and 14—middle childhood and early adolescence—are a time of important developmental advances that establish children’s sense of identity. During these years, children make strides toward adulthood by becoming competent, independent, self-aware, and involved in the world beyond their families. Research shows that a child’s overall health and well-being during this critical period of development affects their ability to concentrate and learn, develop and maintain friendships, and navigate thoughtful decision-making. This is why ethics education programs are key to nurture their critical thinking, spirituality, and provide them with opportunities to explore relationships with others, challenge their prejudices and stereotypes, and learn collaborative skills.

Since its launch in 2008, the Learning to Live Together Programme has been used and implemented in over 45 countries around the globe, reaching more than 411,000 children. We are hopeful that this process will lead to a wider reach and to work together with a new age group, planting seeds at earlier years to learn to live together with people of different cultures and beliefs.

The adaptation of the manual for younger children is being made possible through a grant from Smartpeace Foundation. 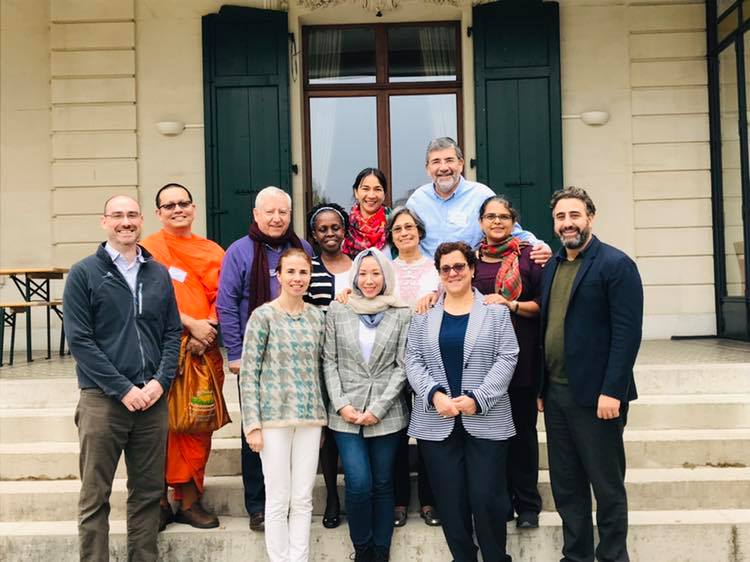