In its 2nd Peace Camp, 40 GNRC Africa Peace Club leaders participated in a three day Peace Camp inZanzibarin July 2006 during the Zanzibar International Film Festival, under a three-pronged theme of Media, Ethics and Globalization. The ‘Peace Ambassadors’ discussed at length ethical challenges arising from the print media including newspapers, magazines and tabloids; and the electronic media including television, radio, cinema and the Internet. The Peace Camp culminated in a procession by children and young people aroundZanzibartown. 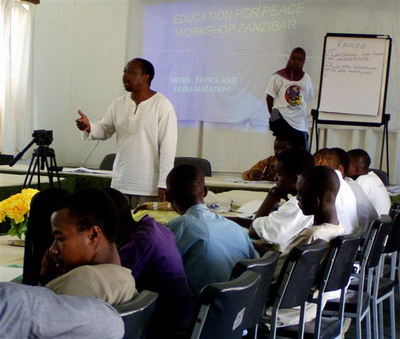 Under the slogan ‘Media Should Protect Ethics’, the GNRC Peace Clubs discussed the positive and negative impact of the mass media in the Tanzanian society.

In her opening remarks, Sr. , M.M. reiterated the need to work together, respecting differences and putting aside differences that caused conflicts within our societies. She castigated the media that were destructive and those that have abused the rights and dignity of children, men and women.

He described the media as a potential tool for change and development if well and wisely utilized. At the same time, Mr. Salleh stated that the media can be a tool for destruction if misused.

While facilitating the workshop, the BBC correspondent gave the examples of how the mass media aggravated the conflict in between the Tutsi and the Hutu tribes, leading to genocide. 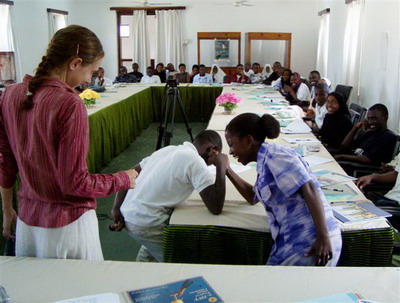 The youth and children stressed that the media such as the newspapers, magazines, radio and television programmes which promoted pornography and violence negated the African ethical principles.

Such media content, Mr. Salleh said, were as a result of brutal commercialization of the mass media channels and content.  He added that lately, websites (the Internet) has been encroached becoming yet another frontier in the media, resulting in moral corruption.

The young people at the Peace Camp agreed to be ambassadors in promoting positive use of media in the Peace Clubs and the community at large.

During the workshop, Peace Club leaders discussed at length their activities and their impact, and what should be done to improve them. During the discussion, the Peace Clubs from all regions were hailed for their good role of disseminating peace education to youth and children in and out of schools through dialogue, discussions, debates, drama, songs and poems. Peace Club members were urged to be peace ambassadors. 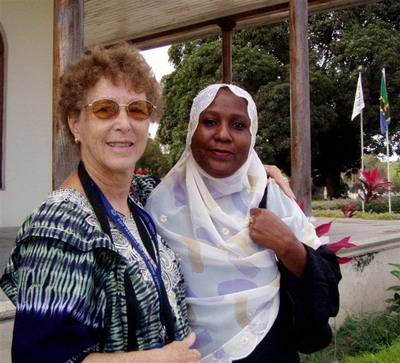 The Peace Club leaders resolved to facilitate for the establishment of new Peace Clubs in places where they were not in place in order to enhance peace education to reach more youth and children. They also developed strategies on how to strengthen the existing Peace Clubs and expand their activities. Capacity building, regular meetings, good leadership, strengthening relationship between members and the Peace Clubs were stressed as future strategies

During the workshop, Ms. Fiona McGain delivered a presentation on identity and globalization. She introduced the young people to the forces that shape who they were and explored how those forces were connected globally.

Ms. McGain urged participants to identify who they are and where they come from, and learn the identity of others so as to bring about understanding and harmony in our world. Members were reminded that “people come from different backgrounds, religions,
traditions, beliefs and cultures, and therefore
respect to each other was important for maintaining peace.” 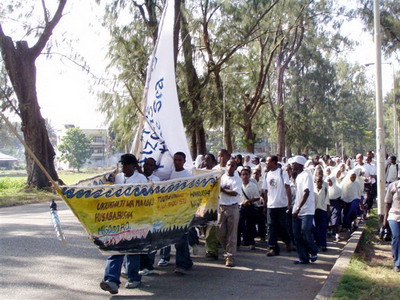 A peace procession was the climax of the event in which other children and young people joined GNRC Peace Clubs for a peaceful procession around town. In collaboration with students from , Darajani and Kikwajuni primary schools, the Peace Club members carried a dhow toy that was printed with messages urging media and journalist to protect and promote ethics.

The procession ended at Museum grounds at Kikwajuni where it was received by the director of Drug Protection in , Ahmed Mohamed Awadh, and the Zanzibar International Film Festival Executive Director Dr. Martin Mhando.

Dr. Mhando promised to work even closer with the GNRC Africa in the coming festivals. Mr. Awadh congratulated the Peace Clubs and urged them continue to disseminate peace education to more youth and children in .