20 Years Later, the "Spirit of Assisi" Lives On

Ninety young persons from 30 countries converged inAssisi,Italyto celebrate 20 years since the late His Holiness Pope John Paul II led world religious leaders to pray for peace. The meeting which took place from 4 – 8 November 2006 attracted participants from 12 faith traditions, including the Bahá’í, Brahma Kumaris, Buddhist, Christian, Hindu, Jain, Jewish, Muslim,Tenrikyo, Sikh, Taoist and Zoroastrian was the first in scale and representation of young people to assemble in Assisi for an interreligious dialogue meeting

The historic initiative started by the late His Holiness Pope John Paul II on interreligious dialogue in which he invited religious leaders from around the world to Assisi, Italy, to pray for global peace was in November 2006 celebrated by the younger generation who promised to keep the "Spirit of Assisi" alive. 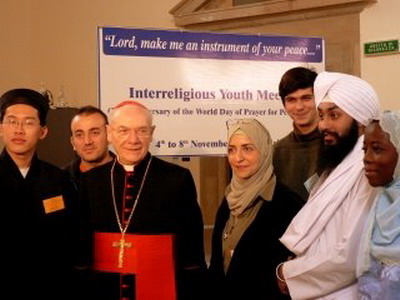 Going by the theme "Lord make me an instrument of your peace", the participants held discussions at the Sacro Convento and later travelled to the for a general audience with the Pope Benedict XVI.

The meeting was organized by the Pontifical Council on Interreligious Dialogue to mark the 20th Anniversary of the 1986 Meeting called by the late His Holiness John Paul II.

Addressing the youth at the after the meeting, His Holiness Pope Benedict XVI called on the young people to shun violence, work for a more just and peaceful world by engaging in interreligious and intercultural dialogue.

He asked the youth to be a part of the "Spirit of Assisi", and underscored the need to focus on achieving a lasting peace throughout the world.

Pope Benedict XVI told the young people that there was need to, and challenged the young people to remove the "sentiments of hatred and vengeance’ that have been ‘inculcated in numerous young people in those parts of the world marked by conflicts, in ideological contexts where the seeds of ancient resentment are cultivated and their souls prepared for future violence".

His Eminence Cardinal Roger Etchegaray, the President Emeritus of the Pontifical Council for Justice and Peace, and President of the Central Committee for the Great Jubilee delivered the Keynote address to the young people titled "The Impact of Assisi 1986".

One of the young presenters, Ms. Kathryn Lohre from the WCC, evangelical Lutheran presented a paper on "Upholding common human values and respecting differences".

The youth agreed on a message which they read out at the end of the meeting.  In the message, the young people pointed out that coming from 30 nations and representing many religious traditions, they encountered and learnt from each other with the aim of creating and building up ‘bonds of fraternity’ which would unite all.

The young people stated in the message that it was important to build peace in all areas including in the Synagogues, Churches, Mosques, Temples, Pagodas, Gurudwaras, Atash Berhrams, Schools, workplaces, homes and in our hearts.

Stressing that the young people belong to the new generation and therefore a new hope, they resolved to go back to their families and communities to advocate for peace and harmony through interreligious and intercultural  dialogue.

This, the young people hope would lead to more understanding and respect for diversity that would in turn lead to a lasting peace. The Myochikai Arigatou Foundation was represented at the interreligious meeting by Ms. Masue Suzuki and Dr. . 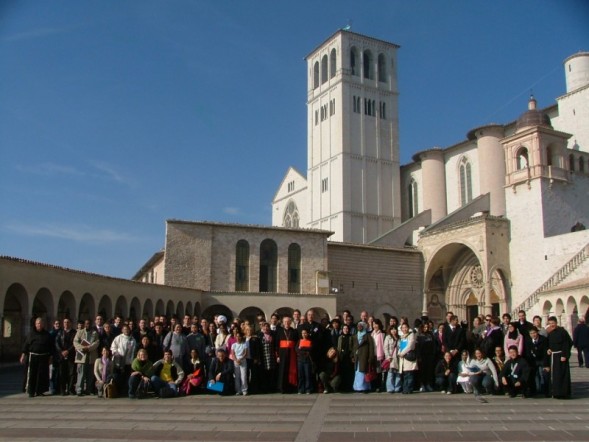