To exchange good practices of ethics education programs that contribute to peacebuilding and the 2030 Agenda for Sustainable Development by addressing issues such as xenophobia, discrimination, bullying and hate speech; identify challenges and opportunities to introduce Ethics Education Programs at the National level; and identify concrete programmatic actions to integrate ethics education as a central pillar of quality and inclusive education for children. 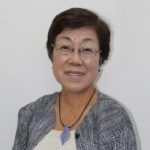 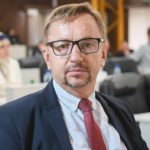 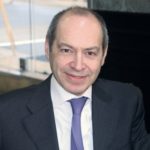 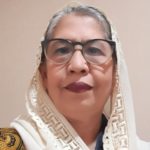 Yumiko Yokozeki is Director of UNESCO IICBA (International Institute for Capacity Building in Africa). Yumiko is a specialist in education and teacher development.  She started her career as science/mathematics teacher in Kenya and Zimbabwe in 1980s.  Then she joined UNICEF as a junior education officer in Zimbabwe, and moved to JICA where she played a leading role in Japan’s educational cooperation in development.  After 17 years with JICA, she moved back to UNICEF to work as Education Chief in two Africa Regional Offices for Eastern and Southern Africa, and Western and Central Africa.  Since 2015 she has been the Director of UNESCO IICBA, based in Addis Ababa, Ethiopia.  While her specialization remains in Africa, she has working experiences in Asia/Pacific, South Asia, Middle East/North Africa, and Latin America.  She holds Master of Education (MEd) from Harvard Graduate School of Education and PhD from Institute of Education, University of London.

Born on May 10, 1965 in Vukotići, Zenica Municipality, where he finished primary and secondary electrical engineering school. Graduated from the Faculty of Philosophy, University of Sarajevo, Department of Philosophy and Sociology, on February 13, 1992, gained the title of Professor of Philosophy and Sociology. From 1992 to 1996  was a member of the Army of RBiH and during that period served as a journalist, head of the PRESS Center of the 3rd Corps and editor-in-chief of the Patriotic Gazette.

After the war (from 1996-2005)  worked as a journalist and became  the editor-in-chief of RTV Zenica in the period from 2000 to 2005. Completed his postgraduate studies in philosophy at the Faculty of Philosophy, University of Sarajevo, in 2008, defending his master's thesis on Simmel's critique of modernity.

Defended his doctoral dissertation entitled Research into the Significance of the Phenomenon of Freedom in the Age of Technology - A Contribution to the Analysis of Human Deconstruction on June 25, 2011 at the Faculty of Philosophy, University of Banja Luka.

Member of the Bioethical Society of BiH and Croatia since 2010. On several occasions  was an external associate at the Faculty of Philosophy, University of Tuzla, where  taught Modern Philosophy as an assistant professor. Became  the president of the Association for Philosophy and Socio-Humanistic Research "Eidos",the editor-in-chief of the Journal of Philosophy and Socio-Humanistic Research "Eidos". As an author and co-author, has published eight books, dozens of articles in scientific journals in BiH and the region, and has participated in a large number of domestic and international scientific research projects.

As a member of the Party of Democratic Action in the 2016 local elections, was the holder of the SDA list for the Zenica City Council.  Became  SDA councilor in " City hall"  and the president of the SDA councilors' club from October 2016 to March 2019. Since March 2019,  has been performing the function of the Minister of Education, Science, Culture and Sports in the Government of ZDK. Married and has two sons.

He leads the management and development of Lebanon’s school system, supervising the development of policies and strategies, legislation, and programming in the sector. He is responsible for the direction and operation of national public schools, as well as liaison with and regulation of Lebanon’s thriving and complex private school sector. He also serves as Chair of the Board of the Indemnity Fund that governs and manages pension rights for teachers in Lebanon.

Institutionally, his focus is on using Agenda 2030 and SDG4 on education to build quality, resilience, and equity into the Lebanese system. He is the Government of Lebanon’s focal point on SDG4, and directs the ministry’s Executive Committee on this topic. Current strategic projects include working to expand the legal framework for mandatory education, building on gains already made in preschool enrolment levels under his supervision.

Since 2011, he has also shaped and led policies and programs to respond specifically to the needs of Syrian refugees. He has been instrumental in ensuring that no child in Lebanon is left behind or denied access to a good quality education. Particular highlights have included mobilizing partnerships and development of a framework of non-formal education to support children directly affected by the Crisis back into schools.

Fadi Yarak is well known internationally as a committed advocate for the universal right to a quality education. He currently serves on the Executive Committee of Education Cannot Wait and is a member of UNESCO’s National Commission for Lebanon and its Education for All working group.

He is a distinguished lecturer and frequently quoted in national and international education reports.

In recognition of his contribution to the education sector, he was honoured several international awards including the rank of Chevalier in the French National Order of Merit in 2016, and the Spanish Order of Civil Merit in 2017.

Itje Chodidjah holds a PhD in English Education. In addition to formal education that has been completed Itje Chodidjah also attended various training on education and leadership management in education both at home and abroad. Itje Chodidjah currently runs the profession as an independent educator. Her activities include developing teacher training modules, providing trainings for teachers and school leaders as well as teacher trainers.

With more than 39 years of experience in the field of education and teaching English Itje Chodidjah has developed her expertise in various types of training in the development of teaching materials, teacher competency improvement, and the development of the main curriculum of English, the improvement of the quality of principals and supervisors. She was one of the expert team for Character Education Programme set up by the Ministry of Education Culture Research and Higher Education from 2015 to 2018. 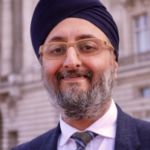 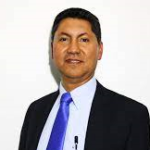 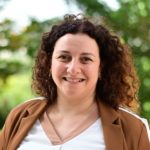 Brinder is the Chief Executive of Nishkam Schools Trust (NST). Nishkam schools, provide  faith-inspired*, virtues led** education for some 3000, 0-18 yrs for children of all backgrounds through a Sikh ethos, multi-faith approach.

Brinder sits on multiple United Kingdom national bodies including Faith Education. He was awarded an OBE by the Queen in December 2016 for his services to education.

**Virtues-led; nurturing compassionate, responsible human beings; the fostering of virtues forms the foundation of the school curriculum, carefully enriched to allow experiences where learn to become self-reflective and flourish; they are able to build strong, meaningful relationships and understand their responsibilities to the global family and all creation, founded in faith.

Mr. Bayardo Rosero, from Colombia, has a Master in University Teaching and is a Specialist in Pedagogy for the Development of Autonomous Learning also with a Degree in Philosophy and Theology.

Director of Training and Development of the National Confederation of Catholic Education Schools  - CONACED.

He is a designer, executor, coordinator and evaluator of social development, pedagogical and teacher training projects.

Works as Pedagogical advisor and co-author of educational policy guidelines of the Ministry of National Education.

He is also a Quality Manager of the Territorial Entities Certified in Education ETCE,  director of educational institutions of preschool, basic and middle education and teacher at different educational levels (basic, middle and university education) and member of pedagogical research teams.

Previously, she has served as the Land and Property Sector Head/Advisor for the United Nations Transitional Administration in East Timor (UNTAET) and covered assignments for UNDP and UNHCR in the areas of rehabilitation during the aftermath of the war in Sri Lanka in 2009.

Ms. Jinadasa was also the Senior Advisor to the Minister of Industry and Commerce, her previous appointments include Director-General, Sri Lanka Export Development Board (SLEDB), Chairperson and Director-General, National Enterprise Development Agency of Sri Lanka (NEDA), Vice-Chairperson National Apprentice and Industrial Training Authority (NAITA), Director-Outreach, Secretariat for Co-ordinating the Peace Process (SCOPP), Presidential Secretariat, Director of National Projects Office (NPO), Ministry of Resettlement and Disaster Relief Services as well as Researcher for the Commission for the Elimination of Discrimination and Monitoring of Fundamental Rights and Lecturer in Comparative Peace Processes for the University of Bradford.

Ms. Jinadasa was a member of the Government delegation for the final round of Peace Talks with the Liberation Tigers of Tamil Eelam  (LTTE) held in  Geneva, 2006, and was presented with an Appreciation Award, Professional & Career Women’s Awards, Women in Management (WIM) in 2013, she was a contributor to the Final Civil Society Report on the UN Decade of the Culture of Peace and Non-Violence for the Children of the World (2001-2010) which was submitted to the UNGA, as well as other publications. She holds a Bachelor of Arts (B.A.Hons) in History, from the University of Colombo, Master of Science (MSc) in History of International Relations, London School of Economics and Politics (LSE).

Prof. Dr. Nayla Tabbara is the President and co-founder of Adyan, Foundation for Diversity, Solidarity and Human Dignity. (www.adyanfoundation.org )

She is also a co-president of Religions for Peace, and member of the Executive Committee of its World Council.

She is also a Muslim woman theologian and has publications in the fields of Islamic theology of other religions, Islamic Feminism, Education on interreligious and intercultural diversity, Qur’anic exegesis and Sufism.

She works on curricula development (formal and non-formal) on multifaith education, inclusive citizenship and Freedom of Religion or Belief.

She has received the Gold Medal of the French Renaissance Award and the Special Jury award of the Fr. Jacques Hamel Prize, the Ecritures et Spiritualités Award and the Academie des Sciences d’Outre mer award for her book L’islam pensé par une femme (Bayard, 2018). 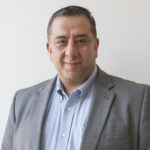 Mohammed Abu-Nimer, of the International Peace and Conflict Resolution program, serves as Director of the Peacebuilding and Development Institute. He has conducted interreligious conflict resolution training and interfaith dialogue workshops in conflict areas around the world, including Palestine, Israel, Egypt, Northern Ireland, the Philippines (Mindanao), and Sri Lanka. In addition to his articles and publications, Dr. Abu-Nimer is the co-founder and co-editor of the Journal of Peacebuilding and Development.